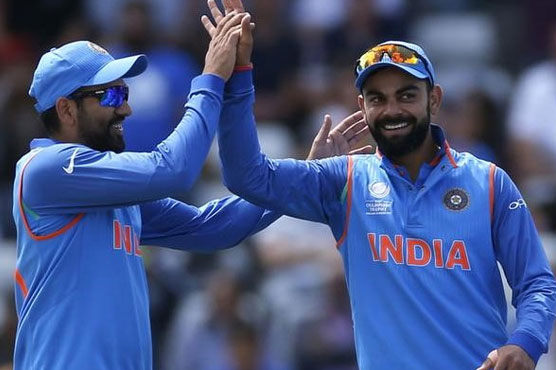 Kohli has stepped up calls in recent weeks for a break from cricket because of the workload. India, the world s top Test nation, start a demanding tour of South Africa in January.

"I m not a robot, you can slice my skin and check if I still bleed," Kohli said before the Sri Lanka series started.

He has played more international cricket in 2017 than any other Indian player -- nine Tests, 26 one-day internationals and 10 T20s.

India will go into the third and final Test against Sri Lanka in New Delhi on Saturday with Kohli leading the squad that hammered the visitors in the second Test.

The return of batsman Shikhar Dhawan, who opted out of the second Test due to personal reasons, is the only change.

The squad for the South Africa tour is to be named before the game starts.

Kohli will be replaced as captain by batsman Rohit Sharma for the three-match one day series after the Tests.

Sharma, who hit 102 not out in the Nagpur Test, is expected to remain captain for the T20 games too, as Kohli rests and prepares for the South Africa tour.

Allrounder Hardik Pandya and fast bowler Bhuvneshwar Kumar, who pulled out of the second and third Sri Lanka Test to get married, return to the 15-man squad.

Senior spinners Ravichandran Ashwin and Ravindra Jadeja continue to stay out of India s limited-overs plans despite their superb run in the five-day format.

Axar Patel, Kuldeep Yadav and Yuzvendra Chahal remain the team s three spinners in the 50-over matches against Sri Lanka.

The first of the three ODIs will be played in Dharamsala on December 10.

India squad for one day series against Sri Lanka: