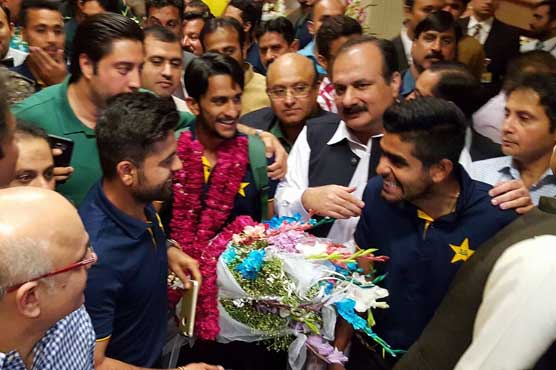 Pakistan beat arch-rivals India by 180 runs in the final to win the Champions Trophy title on Sunday at The Oval in England. 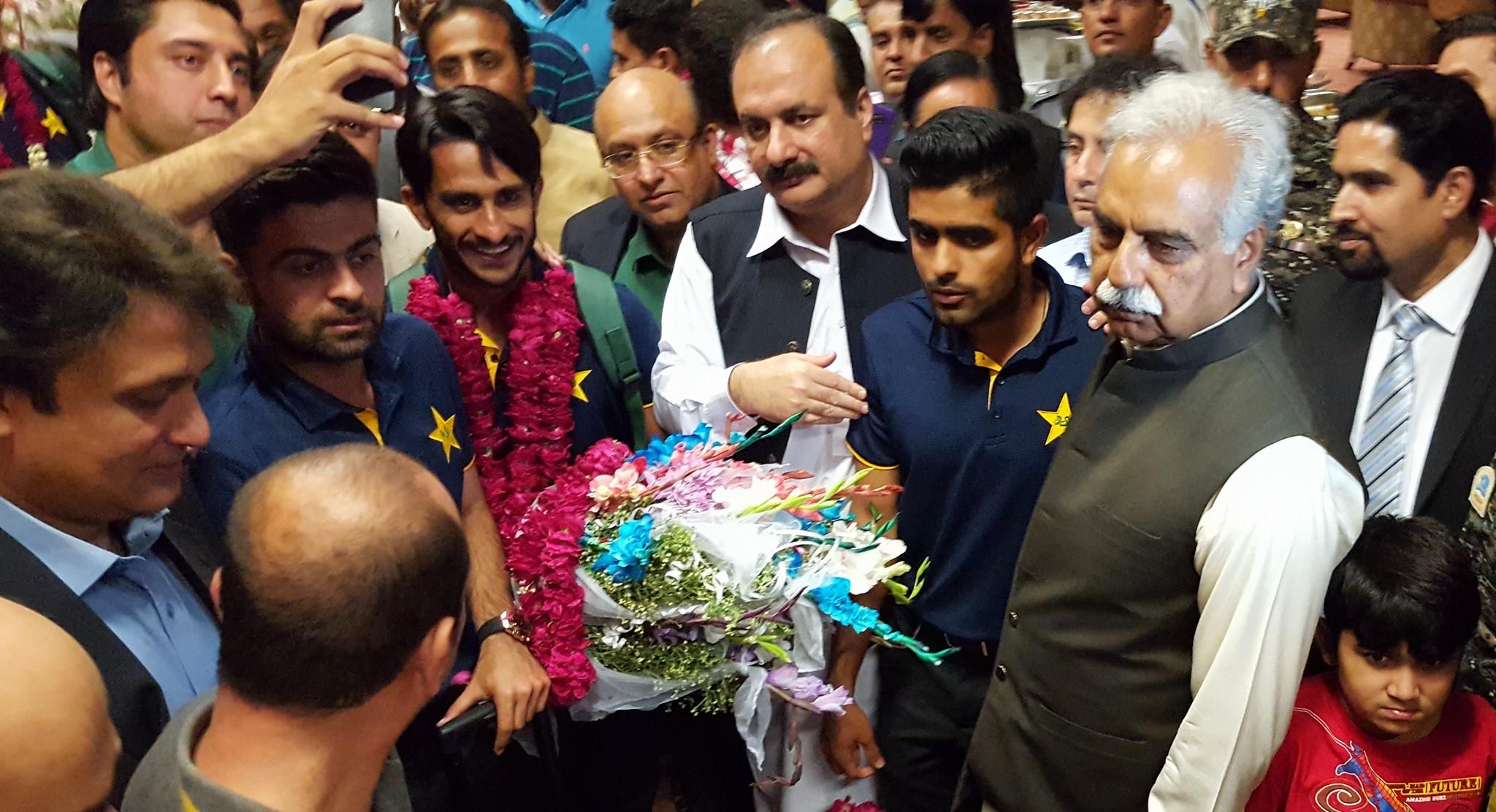 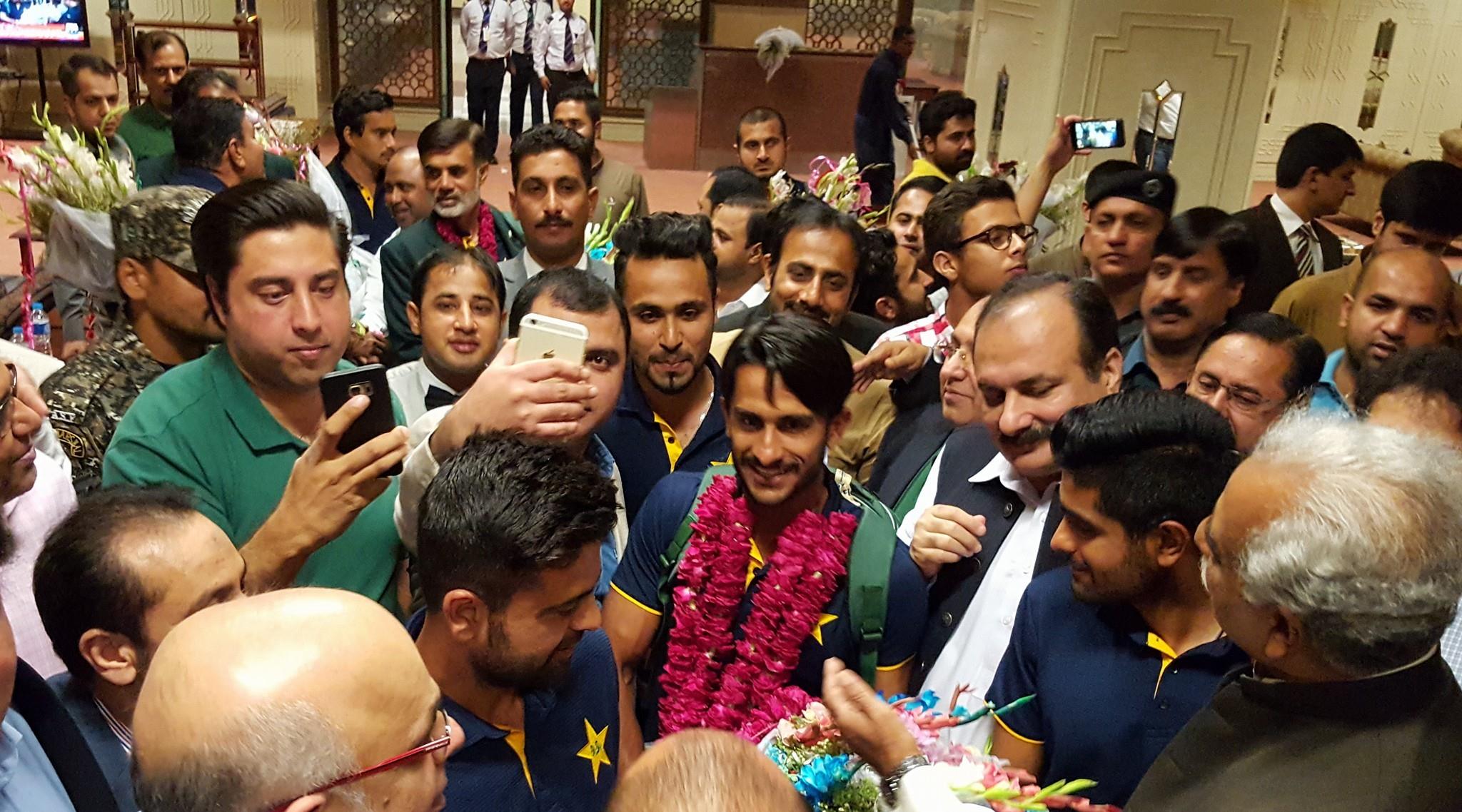 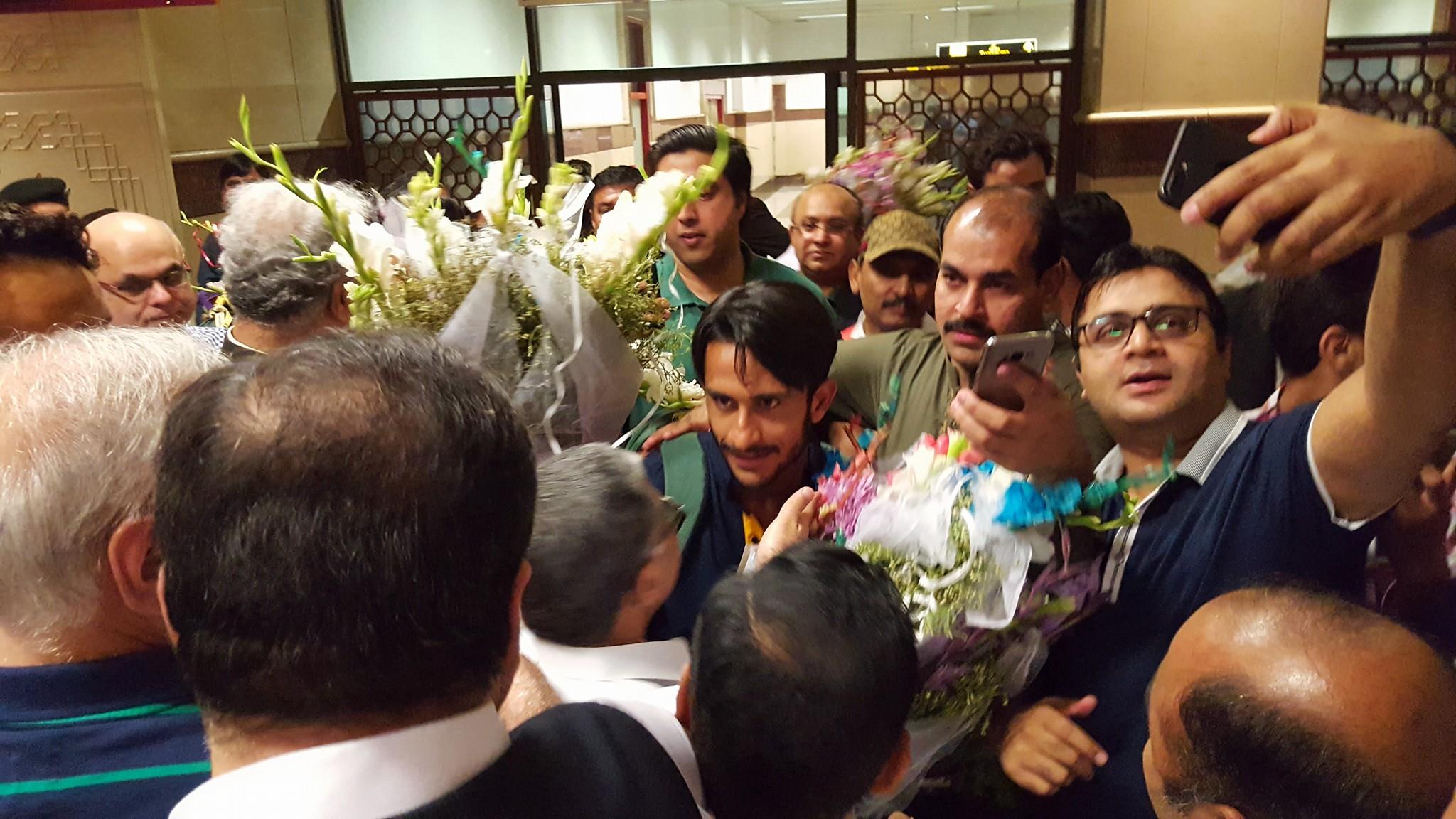 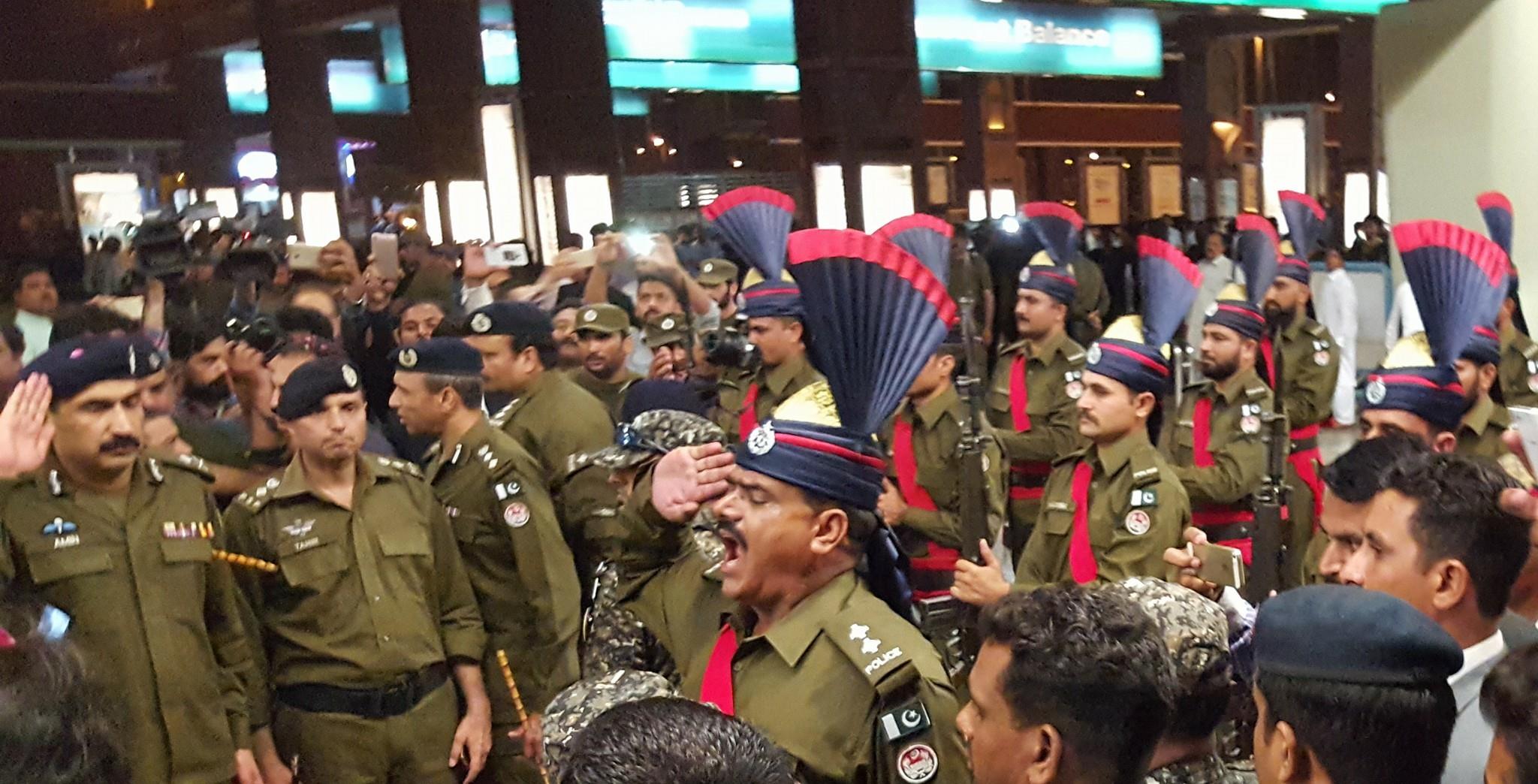 Provincial ministers, PCB officials and a large number of cricket fans were present at the airport to receive their heroes. Chanting slogans in favour of national cricketers, fans showered rose-petals on their heroes as soon as they appeared outside the airport lounge.

Leaders of various political parties, a large number of cricket fans, friends and relatives of players received the players at the airport. Sarfraz and Rumman Raees were profusely garlanded and rose petals were showered on them.