Peshawar Zalmi, Lahore Qalandars to play two matches each on March 23 and 24

(Web Desk) – Emirates Airline T20 tournament 2017 is all set to take place in Dubai on March 23 and 24. The schedule of matches was announced lately by the management.

The tournament will involve five teams playing two matches each before the final. Lahore Qalandars and Peshawar Zalmi from the Pakistan Super League (PSL) 2017 were included for this year’s edition of the league. 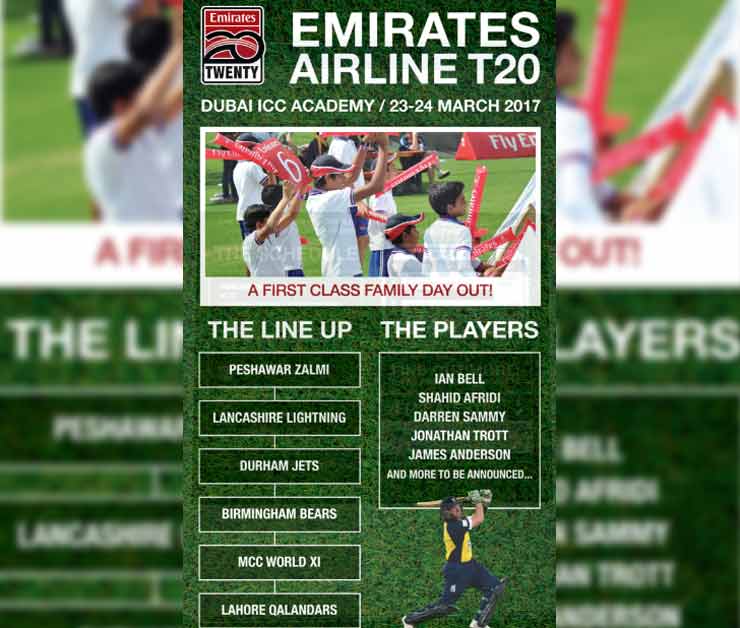 The last year’s Emirates T20 cup was lifted by Yorkshire.

The complete schedule in given as: