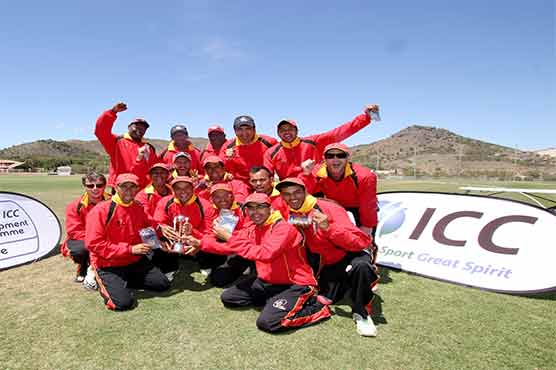 The team paid visit to various locations in the city along with the officials of the provincial government. Accompanied with Punjab Education Minister Rana Mashood, the players visited Government Islamia High School Yateem Khana where they distributed shirts among the students and also played cricket with them.

They then went to the Gulshan Iqbal Park where the team’s players placed bouquets in the remembrance of the martyrs of the suicide bombing at the site and prayed for their forgiveness. Sunny, the team’s skipper, stated that “no country is safe from terrorism”, adding that “international cricket should be restored in Pakistan”.

Rana Mashood termed the Belgian side’s tour to Pakistan as a good gesture for restoration of international level cricket in the country.