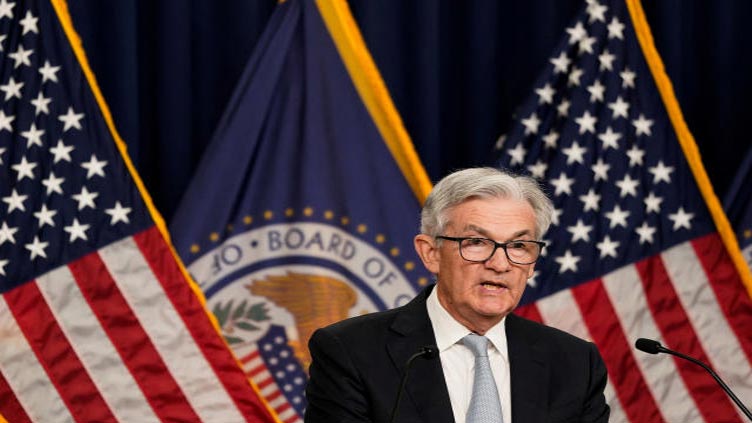 He cautions monetary policy is likely to stay restrictive for some time.

WASHINGTON (CNBC) - Federal Reserve Chairman Jerome Powell has confirmed that smaller interest rate increases are likely ahead even as he sees progress in the fight against inflation as largely inadequate.

Echoing recent statements from other central bank officials and comments at the November Fed meeting, Powell said he sees the central bank in position to reduce the size of rate hikes as soon as next month.

But he cautioned that monetary policy is likely to stay restrictive for some time until real signs of progress emerge on inflation.
“Despite some promising developments, we have a long way to go in restoring price stability,” Powell said in remarks delivered at the Brookings Institution.

The chairman noted that policy moves such as interest rate increases and the reduction of the Fed’s bond holdings generally take time to make their way through the system.

“Thus, it makes sense to moderate the pace of our rate increases as we approach the level of restraint that will be sufficient to bring inflation down,” he added. “The time for moderating the pace of rate increases may come as soon as the December meeting.”
Following Powell’s speech, the probability for a half-point move rose to 77%.

What remains to be seen is where the Fed goes from there.

Markets took a more dovish tone from Powell’s speech, with the top rate put at just shy of 5% by May 2023 and bets that the Fed will cut half a point by the end of the year.

The pricing in the likelihood of rate reductions countered Powell’s warning that restrictive policy will stay in place until inflation shows more consistent signs of receding.

“Given our progress in tightening policy, the timing of that moderation is far less significant than the questions of how much further we will need to raise rates to control inflation, and the length of time it will be necessary to hold policy at a restrictive level,” Powell said.

“It is likely that restoring price stability will require holding policy at a restrictive level for some time. History cautions strongly against prematurely loosening policy,” he added. “We will stay the course until the job is done.”

Powell’s remarks come with some halting signs that inflation is ebbing and the ultra-tight labor market is loosening.