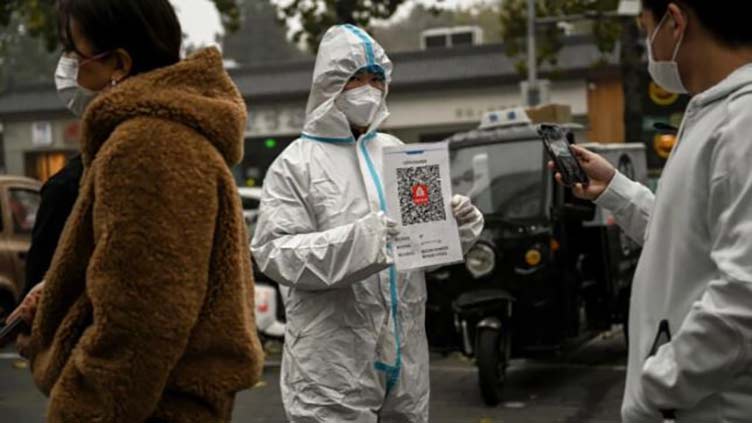 LONDON (AFP) – Asian and European stocks mostly fell Monday, with investor sentiment hit by renewed Covid concerns in China amid warnings that markets would remain lacklustre for some time.

"The bear market is not over, in our view," Goldman Sachs strategist Peter Oppenheimer said.

"The conditions that are typically consistent with an equity trough have not yet been reached. We would expect lower valuations (consistent with recessionary outcomes), a trough in the momentum of growth deterioration, and a peak in interest rates before a sustained recovery begins."

"There are concerns China may tighten Covid curbs further after the first Covid-related death in almost six months was reported, and a city near Beijing enforced a slew of restrictions," said market analyst Fawad Razaqzada.

"Traders are also concerned by continued weakness in crypto prices in the wake of FTX s collapse," he said.

The death of an 87-year-old man in Beijing on Sunday came as infections across the country spiked, testing authorities  plans to loosen their grip by lowering quarantine times for foreigners and cancelling mass tests.

Two further Covid deaths were recorded on Monday, both elderly residents from Beijing.

The news threw a spanner in the works for investors who had grown hopeful of a gradual reopening of China s economy.

Shanghai was also down along with most Asian markets, but Bangkok, Tokyo and Wellington ended higher.

Nevertheless, global markets have enjoyed a broadly healthy November thanks to signs of China easing and indications of slowing US inflation that fanned optimism the Federal Reserve would start to slow its pace of interest rate hikes.

But several officials soon lined up to warn that more needed to be done to get inflation back down from four-decade highs to more bearable levels.

Markets are meanwhile expected to stay relatively quiet for the rest of the week, with many US investors taking time off for Thanksgiving.