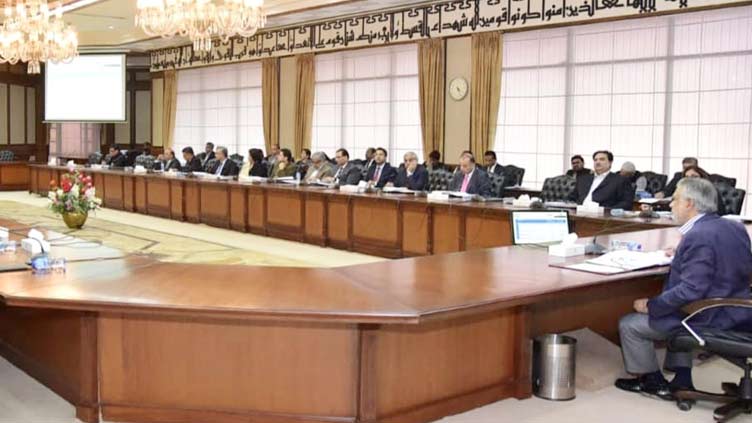 According to press statement issued by finance ministry here, the cabinet committee meeting was chaired by Federal Finances Minister Senator Mohammad Ishaq Dar. Ministry of Industries and Production had submitted summary for continuing the relief package beyond August 31, 2022.

The committee approved PMRP) and Sasta Atta initiative from September 1st to November 15, 2022 on the existing model of untargeted subsidy at the prevailing rates and allocation of additional funds amounting to Rs. 4,908 million over and above the regular budgetary allocation through supplementary/technical supplementary grant to recoup the amount already spent by USC.

The ECC also allowed continuation of PMRP on hybrid model for a period with effect from November 16 to June 30, 2023 (excluding Ramzan) and allocation of funds to the tune of Rs. 10,755 million through supplementary/technical supplementary grant.

It allowed continuation of Khyber Pakhtunkhwa Sasat Atta initiative and provision of subsidized Atta from Nov 16 2022 to June 30, 2023, after rationalizing number of stores, with allocation of funds of Rs.1,560.68 million through supplementary/technical supplementary grant.

The committee approved release of funds for Sui Southern Gas Company Limited (SSGC) for gas supply to Pakistan Steel Mills, a summary for which was presented by the Ministry of Industries and Production..

It was shared that the production of PSM has been at a halt since 2015 and low flame gas of 2 million cubic feet per day (MMCFD) is being supplied to PSM primarily to preserve the Coke Oven Batteries and refractory kilns.

The ECC after deliberation approved Rs. 1,258.248 million for sixteen month gas bills from the already approved budgetary allocation of Rs. 10 billion to PSM for FY 2022-23 and releasing of an amount Rs. 298.248 million for the period from March to June 2022.

The ECC considered a summary of Ministry of Energy, Petroleum Division on continuation of subsidized RLNG supply to Fatimafert and Agritech Ltd and allowed operations of the Plants on subsidized RLNG from October, 2022 to December 2022.

The ECC also approved technical supplementary grants including Rs. 100 million in favour of Ministry of Information and Broadcasting for creation of Film and Drama Finance Fund for promotion and support of film industry in Pakistan.

It approved Rs. 9,767 million including FEC USD 12.667 million for Ministry of Defence against various approved projects during CFY 2022-23 and Rs. 60.606 million to the National Commission for Human Rights (NCHR)

The ECC deferred the summary presented by Ministry of Energy, Petroleum Division on deregulation of superior kerosene oil/ light diesel oil and E-10.