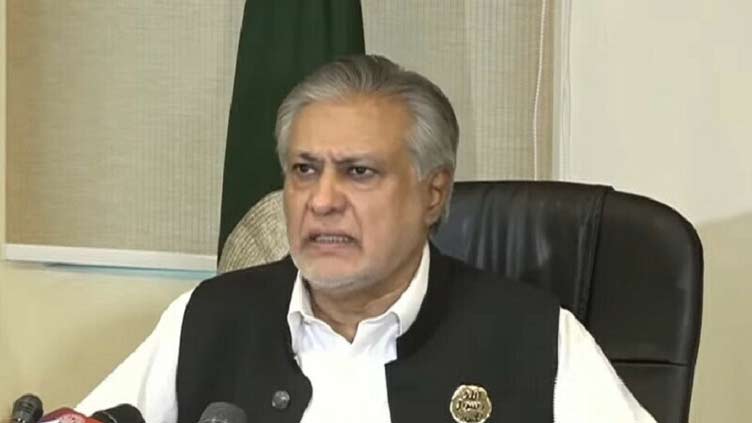 ISLAMABAD (Dunya News) – Notwithstanding the flood damages, the prudent economic policies introduced by the incumbent finance minister are bearing fruit as rupee is continuously gaining strength against dollar for past over-two weeks, making it best-performing currency.

Even on Monday, Pakistan rupee appreciated by Rs 1.96 against the US dollar in the interbank trading and closed at Rs 217.96 against the exchange at Rs219.92 on last trading day.

The rupee started maintaining winning streak since Federal Minister for Finance and Revenue, Mohammad Ishaq Dar announced his return to Pakistan. Soon after his arrival, Dar declared that rupee was kept under-value and had committed to go after manipulators to restore the true value of country s currency, which he said was at below Rs.200.

The strategy adopted by the finance minister went well with the Currency market and lifted rupee from worst-performing in emerging markets in the third week of September 2022 to best-performing currency on last trading day of the previous week (October 7), in just around 18 days.

Meanwhile, Arif Habib Limited has also predicted that exchange rate of country s currency would come to hover around Rs. 200 within a month, citing administrative control, rationalization of imports and Current Account Deficit and selling of stocked Dollars in the domestic markets as some reasons for the change.

Talking to APP, Head of Research at Arif Habib Limited said around Rs 2 trillion debt burden was reduced from the country due to appreciation of rupee so far.

The appreciation of dollar has a direct impact on country s debt position, an official in the finance ministry told APP, adding the strengthening of exchange rate would reduce debts worth billions of rupees.

The Finance Minister, Ishaq Dar after assuming the power had expressed the resolve to put the economy on sustainable and inclusive growth path by taking pragmatic steps to resolve bottlenecks to growth.

On Sunday, while addressing a press conference, the minister said his country would not approach Paris Club for rescheduling of debts, saying that the country would manage matters and would pay off liabilities of multilateral lenders on time.

Export promotion is a priority of the incumbent government which has already taken measures in this regard to help balance of payment position. The finance minister announced Rs100 billion package to provide electricity at the Rs 19.99/per unit to five export-oriented sectors.

It is pertinent to mention here that owing to the strategies of economic managers, various economic indicators have shown positive growth despite the fact that one-third of the country s population was affected due to recent floods, which also inflicted loss of over $30 billion to the national economy.

The trade deficit declined by 21.42 percent during the first quarter (Q1), with exports increasing by 1.84 percent to $ $7.125 while imports decreasing by 12.72 percent to $16.334 during the current year, Pakistan Bureau of Statistics (PBS) reported.

The performance of pakistan stock exchange (PSX) is also on growth trajectory as the benchmark index closed at 42,085.25 points during the last week, showing growth of 2.3 percent (956 points) compared to the last week, psx reported.

The Consumer price Index (CPI) based inflation has also started backward journey and declined by 1.2 percent by going down to 23.18 percent in September 2022 from 27.26 percent in August 2022, according to PBS figures.