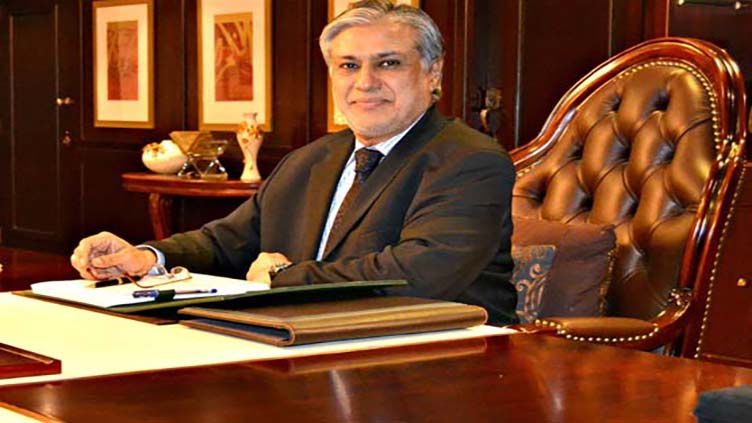 ISLAMABAD (Dunya News) - Finance Minister Ishaq Dar on Monday said he knows how to deal with the International Monetary Fund (IMF), saying the real value of the Pakistani rupee is below 200 against the US dollar and his government is making a joint strategy to bringing the greenback below 200 against the local currency.

In his conversation with a private TV channel, the finance czar, Dar talked about his predecessor [Miftah Ismail] saying, “Miftah Ismail is part of our team, regardless of the fact that he [Miftah] has his own worldview and so am I. I believe that there was no need to burden the public by increasing the POL prices during the catastrophic floods.”

Continuing to talk about the IMF, Dar said, “I have told Prime Minister Shehbaz Sharif that dealing with the IMF is my job and not Miftah’s.” The finance minister said that he has been dealing with the IMF for the past 25 years. “We have been blessed with an opportunity to not ignore the masses’ problems and concerns, Dar added.

While talking about the Pakistan Bureau of Statistics (PBS), Ishaq Dar said that it [PBS] is an independent institution, the finance minister [Dar] alleged that Imran Khan and the Principal Secretary were behind the audio leaks conspiracy.