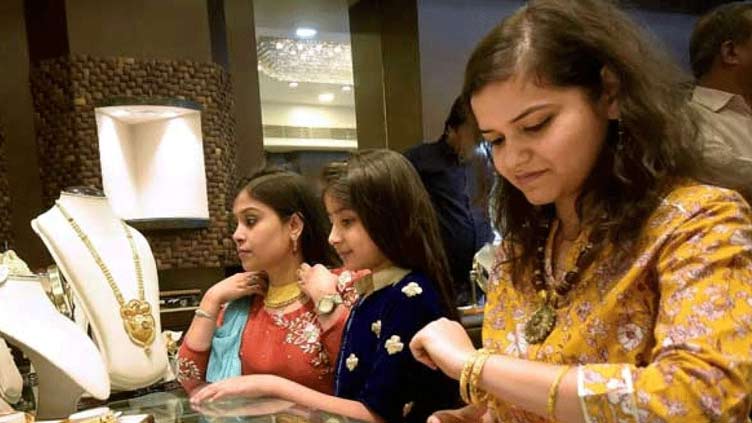 The price of per tola and ten gram silver remained constant at Rs1570 and Rs1346.02 respectively.

The price of gold in international market decreased by $2 and was sold at $1640 against its sale at $1642, the association reported.

Meanwhile, the gold imports increased by 15.21 percent during the first two months of the current fiscal year as compared to the corresponding period of last year, Pakistan Bureau of Statistics (PBS) reported.

In terms of quantity, Pakistan imported 51 kilograms of gold during the months under review as compared to the imports of 52 kilograms last year, showing negative growth of 1.92 percent.

In terms of quantity, the gold imports increased by 118.75 percent in August 2022 when compared to the imports of 16 kilogram registered in July.

It is pertinent to mention here that overall merchandize imports into the country decreased by 9.25 percent during the first two months of the current fiscal year by going down from $12.152 billion last year to $11.028 billion in July-August (2022-23).

Exports from the country witnessed an increase of 3.75 percent and were recorded at $4.759 billion against the exports of $4.587 billion last year.

Based on the data, the trade deficit during the period under review was recorded at $6.269 billion, showing a decrease of 17.13 percent over the deficit of $7.565 billion recorded during last year, the PBS data revealed.