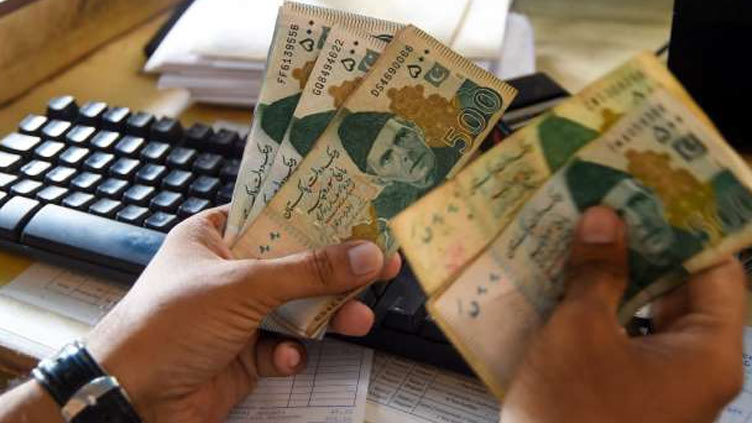 KARACHI (Dunya News) - Pakistan’s economic problems are temporary and being forcefully addressed, the Finance Ministry and the State Bank of Pakistan (SBP) said in a joint statement released on Sunday.

The paucity of inflows has happened in large part due to the delay in completing the next review of the IMF program, which has lingered since February due to policy slippages. Meanwhile, on the outflows side, debt servicing on foreign borrowing has continued as repayments on these debts have been coming due over this period, the statement said.

Following the staff level agreement on July 13, the IMF Board meeting to disburse the next tranche of $1.2 billion is expected in a couple of weeks.

At the same time, macroeconomic policies—both fiscal policy and monetary policy—have been appropriately tightened to reduce demand-led pressures and rein in the current account deficit.

Finally, the government has clearly announced that it intends to serve out the rest of its term until October 2023 and is ready to implement all the conditions agreed with the Fund over the remaining 12 months of the IMF program, it added.

The statement also underlined that Pakistan’s gross financing needs for FY23 will be more than fully met under the ongoing IMF program.

“In order to bolster Pakistan’s foreign exchange reserves position, it is important for Pakistan to be slightly over financed relative to these needs. As a result, an extra cushion of $4 billion is planned over the next 12 months. This funding commitment is being arranged through a number of different channels, including from friendly countries that helped Pakistan in a similar way at the beginning of the IMF program in June 2019.”

The statement further said that the government has taken several temporary administrative measures to contain the import bill, including requiring prior approval before importing automobiles, mobile phones and machinery. As a result, the import bill fell significantly in July, as energy imports have declined and non-energy imports continue to moderate.

Foreign exchange payments in July were significantly lower than in June. This is true for both oil and non-oil payments. Altogether, payments were a sustainable $6.1 billion in July compared to $7.9 billion in June.

“A considerable slowdown has been witnessed in LC opening in recent weeks, again for both oil as well as non-oil commodities. Based on market reports, there was an 11% month-on-month decline in Oil Marketing Companies sales volume in June.”

With the recent rains and storage of water in the dams, hydroelectricity is also likely to increase and the need to generate electricity on imported fuel is expected to decline going forward.

“Overall, imports are expected to decline in coming months due to a decline in global commodity prices, the higher oil stock, the unfolding impact of higher domestic prices of petroleum products, adjustments in electricity and gas tariffs, the removal of tax exemptions under the FY23 budget, administrative measures taken to curtail imports, and the lagged impact of the monetary and fiscal tightening that has been undertaken”, the statement revealed.

On the PKR front, the statement said that Rupee is expected to gradually strengthen as the current account deficit is expected to narrow going forward as the temporary surge in the import bill is brought under control.

The statement further refuted the rumors that a particular level of the exchange rate has been agreed with the IMF, calling them completely unfounded.

“The exchange rate is flexible and market-determined, and will remain so, but any disorderly movements are being countered.”

Going forward, as the current account deficit is curtailed and sentiment improves, we fully expect the Rupee to appreciate, the statement said.