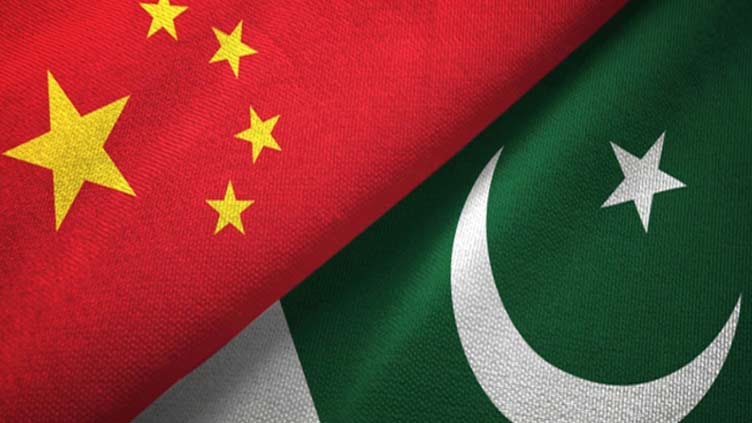 ISLAMABAD (Dunya News) – Minister for Finance Miftah Ismail on Friday announced that the $2.3 billion has been credited to the State Bank of Pakistan (SBP) from China.

The minister made the announcement on his official twitter handle.

He wrote, “I am pleased to announce that Chinese consortium loan of RMB 15 billion (roughly $2.3 billion) has been credited into SBP account today, increasing our foreign exchange reserves.”

I am pleased to announce that Chinese consortium loan of RMB 15 billion (roughly $2.3 billion) has been credited into SBP account today, increasing our foreign exchange reserves.

Earlier today, while addressing National Assembly session, he said the country was no longer on the way to default as it was on the path to progress.

Winding up the budget debate in the National Assembly, the federal minister said that most of the recommendations proposed by Senate and National Assembly Members were incorporated in the finance bill.

Criticizing the PTI government for damaging the economy, the minister said that fiscal year 2021-22 would be remembered as worst year as the country deviated from all its set targets, accumulating huge deficits upto Rs5310 billion, which is around 9.85 percent of Gross Domestic Product (GDP).

He questioned, how come Imran Khan and his team talked about sovereignty when they had taken huge debts in their tenure, leading the country to near default.

However, by taking several decisions, the incumbent government had saved the country from bankruptcy. “This country is not going towards default but is going towards progress now,” he remarked.

He said, many budgetary measures were taken to tax the rich and provide relief to the poor. He said, the budget was farmer-friendly as many initiatives were taken to promote agriculture sector to make the country self-sufficient in edible oil, whereat and other crop production.

On the occasion, Miftah Ismail, in a light mood, requested the Speaker to give him credit for imposing high taxes on the factories of the sons of his own prime minister.

“My own company will give above Rs200 million in tax. The companies of the prime minister and his sons will also pay high taxes. If we are asking others to pay high taxes, we are doing the same too,” he pointed out.

The finance minister said that the government tried its best to facilities the people in the budget. “There are as many as nine million retail and wholesale shops in the country. We have devised a strategy to bring at least 2.5 million to 3.5 million of these shops under the tax network,” he added.

He said that there would be a fixed tax on the restaurants too, adding that the government had set a high target for tax collection.