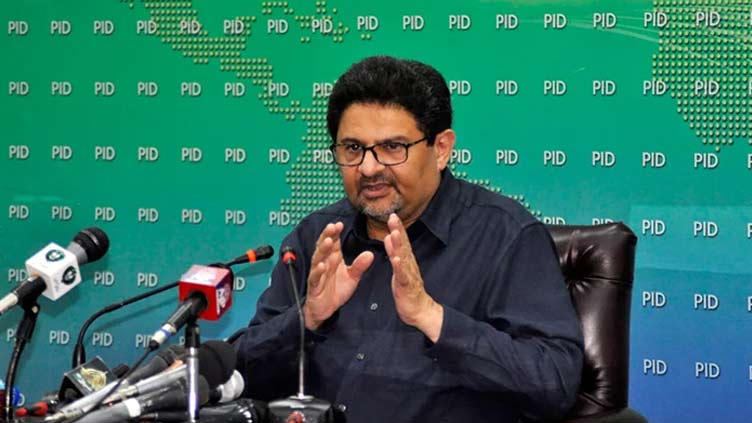 ISLAMABAD (Dunya News) – Unveiling the important budgetary document of  Pakistan Economic Survey 2021-22  on Thursday, Minister for Finance and Revenue Miftah Ismail termed the GDP growth rate of 5.97 percent during the outgoing fiscal year unsustainable as the country needed to stabilize the economy before moving towards sustainable growth.

Addressing a press conference in Islamabad on Thursday, he said the country witnessed a higher economic growth during the year, which resulted in the Current Account Deficit (CAD) to soar to a level where the government had no option but to slow down the economy to control the CAD.

The minister said the growth rate was according to the new base year.

"Had it been based on the old base year, the GDP (gross domestic product) growth rate would have been lower." Miftah said during the current fiscal year, the imports increased by 48% to $75 billion whereas the exports rose by 28 percent.

The government could manage to pay only 40% of the import bill out of the exports  earning, while the rest was footed from other sources, including loans, he added.

Miftah Ismail stressed the need for putting the country in the right direction. He said we have to increase the prices of petroleum products the Brent price is hovering around 120 to 123 dollars per barrel.

The Minister pointed out that the country would not have been faced with the current price hike had the previous government signed long term agreements for gas import during the period of Covid-19.

He said the PTI left behind landmines not for the present government but the State of Pakistan.

As regards the Foreign Direct Investment, the Finance Minister said these were two billion dollars in 2017-18 and today this has come down to 1.25 billion dollars in the first nine month of current fiscal year. He said Pakistan lags behind in every statistics because of the decision of the incompetent government of PTI.

Miftah Ismail said Pakistan will have to import three million tons of wheat this year to meet domestic requirements.