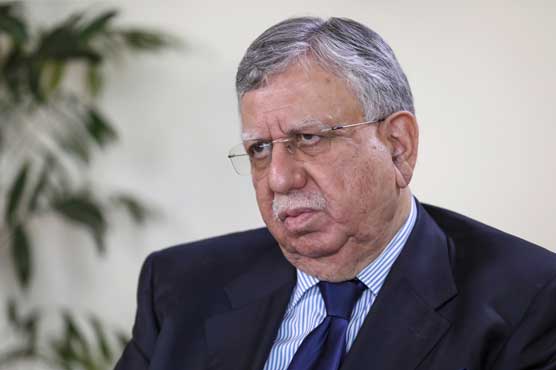 Tarin said for economic growth rate of 5 to 6pc, revenues should be 20pc of gross domestic product

ISLAMABAD (Dunya News) – Adviser to the Prime Minister on Finance Shaukat Tarin said on Thursday that increase in current account deficit pushed the government towards IMF but to get rid of debts, it is necessary to increase revenue.

Addressing a ceremony in Islamabad on Thursday, he said that our priority is stable growth, not artificial growth but our savings are very low. Pakistan s economy has now just come out of the blows of coronavirus pandemic.

The adviser said that Prime Minister Imran Khan wants development for al and Pakistan needs continuous development while the growth rate in Pakistan after pandemic is 4%.

Tarin went on to say that for an economic growth rate of 5 to 6 percent, revenues should be 20 percent of gross domestic product, adding that we have to fix the power sector as the previous government created so much electricity in its desire for more power that capacity payment has to be paid.

He said the major area affecting our economy is trade gap. He said we did not pay any attention to our exports as in 2013 our exports stood at 25 billion dollars which declined during the later years.

“We are out of Covid now and last year our economy witnessed inclusive and sustained growth which is vital for overall development,” he said and added in the past we have seen growth, but it did not sustain because our savings have been low, and our economy had overheated.

The adviser further said that the major area affecting our economy is trade gap. He said we did not pay any attention to our exports as in 2013 our exports stood at 25 billion dollars which declined during the later years.

We have to reduce this import-export imbalance, he stressed, adding that the present government has adopted right approach which is bearing results as upsurge is being witnessed in our exports.

On production side, he said, it is not at the desired level and we need to focus on three areas, revenue enhancement by improving Tax to GDP ratio, agriculture sector and the industrial sector.

Tarin said: “Another area is housing sector wherein over 40 industries are linked and this sector can have a multiplier effect towards development, adding that we have decided to adopt bottom up approach and Kamyab Jawan Programme would prove a milestone towards overall betterment in the society.”

He said: “At the moment our economy is growing at over 5% but unfortunately due to global pricing issue a slowdown has been seen but it would not last long and in coming few months the situation will improve as the prices in the world market are gradually coming down.”

The adviser further said several economic indicators including increased revenues reflect that our economy is growing, adding that the PM is concerned about the predicament of lower and lower middle classes and the Ehsas Ration Programme would prove instrumental in this regard.