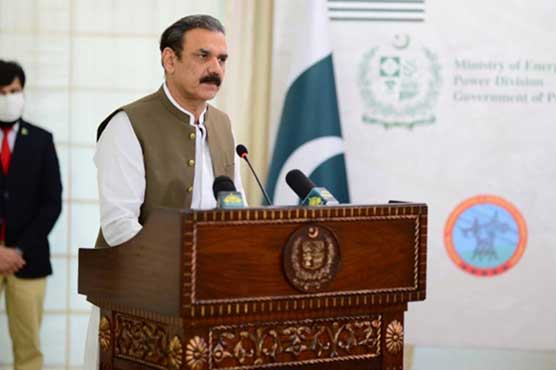 Talking to media during his visit to Hoshab-Awaran road, which is being constructed under CPEC, he said that development of roads in Balochistan was key priority of the government to improve Gwadar port’s connectivity with other parts of the country.

He said that over 70 percent development work on Baseema-Khuzdar has been completed, adding that the project of significant importance would be completed by the end of current year, which would connect the Gwadar port with other parts of the country.

Today we are visiting this road construction project, which would connect the Gwadar port with north of the country, he said adding that prime minister would soon visit the Gwadar and witness the progress of different projects started under the second phase of CPEC.

Asim Saleem said that development of Gwadar port was top priority of Prime Minister Imran Khan, adding that construction work on different roads were in full swing to connect the port with other areas of the country that would create economic activities and create livelihood opportunities for rural population.

He said government was working aggressively to address the issues of people of the province by ensuring basic civic amenities including education, health, drinking water, electricity and communications.

In order to uplift the under developed areas of the province, the government under the special directives of Prime Minister Imran Khan has prepared a development package comprising on over Rs 6 billion and different schemes in collaboration with federal government, provincial government and public private partnership to be completed.

He further informed that currently work on about 80 on-going schemes was in progress and several other development schemes have been incorporated in development package.

Asim Saleem said in order to electrify the remote areas of the province, work on 150 MW project in Gwadar was also in progress, besides work on different projects related to clean drinking water were also in progress.

Over 31 dams would be constructed in 9 under-developed districts of Balochistan, he said, adding that out of the total, construction work on 15 dams were already started and work on 16 new dams starting soon.

Asim Saleem said that development work on 15 dams would be completed, besides the construction work on Kharan and Lesbala also continued.

Besides, he said that work on Gwadar Airport costing $230 billion was also in progress, which would have the capacity for the landing of big cargo aircrafts and equipped with the latest communications techniques for fastest port operation.

Chairman CPEC Authority said that the Gwadar port would bring the economic revolution and social prosperity in the province, adding that remote regions to be developed for bringing them to at par with other developed areas of the country.