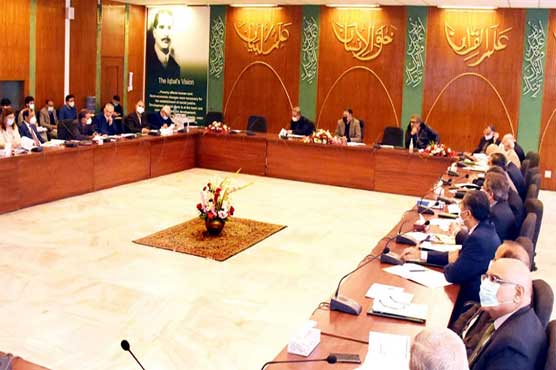 The meeting was briefed on the overall progress of CPEC projects in industrial cooperation, energy, infrastructure, Gwadar, science and technology, socioeconomic development, agriculture, transport and communications and issues faced in the implementation of these projects.

Minister for Planning Development and Special Initiatives Asad Umar chaired the meeting of the committee.

The committee noted that significant progress had been achieved in various projects. The chair said CPEC was a priority project for enhancing Pak-China economic cooperation.

He stressed that the ministries/divisions should maintain the momentum of CPEC projects and follow the time-lines for early completion of projects. He said the second phase of CPEC which focused on industrial cooperation would significantly enhance the benefits of CPEC for the both sides.

The committee also emphasized that unresolved inter-ministerial issues should be brought before the committee directly by the respective ministries along with recommendations for their resolutions.