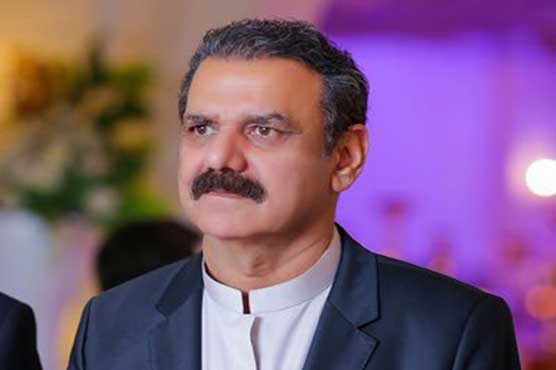 He said the railway line up to Iran would also be up-graded to enhance scope of the mega project.

“There has been a lot of progress on free zone in the city that spanned over an area of 2400 acres where not only local and Chinese investors but those from Gulf area were also keen to set up their industries,” he said in his recent interview with a Youtube channel.

He said there had been great progress on the city and the port and recently “we started construction of Gwadar airport with support of the Chinese government who granted $230 million for the project”, he added.

With respect to the planned Oil City in Gwadar, he informed that about 30 kms away from the city near Pasni, an area was being designated for an oil refinery and oil storage.

The Chairman pointed out that after completion of the Main Line one (ML-1) railway up-gradation project, the Gwadar port city would be linked with the rest of the country through railway line.

“A new railway line would be laid from Quetta to Gwadar to link the port city with rest of the country and beyond,” Asim Bajwa said.

Further he said the railway line up to Iran would also be up-graded to enhance scope of the mega project.

Bajwa who is also Special Assistant to Prime Minister on Information and Broadcasting pointed out that the biggest ever project that was being executed under CPEC was the ML-1 project.

“All initial processes have been completed, its evaluation has been done, and estimation has also been reviewed,” he termed the $6.8 billion project a historical one for logistic infrastructure in Pakistan as every business was going to become viable so far as freight traffic through railways was concerned.

Besides he said the ML-1 project would also bring revolution in the passenger movement from Karachi to Peshawar as the travel time from Lahore to Karachi would be reduced to only 8 hours.

To a question, Bajwa said the 1870 kilometers ML-1 project was a huge initiative that was scheduled to be completed over a period of 7-9 years in phases.

However he said as many projects under CPEC had already been completed before time so this project could also be done before the settled time period.

When asked about establishment of CPEC Authority, the Chairman said when the government realized that the scope of CPEC project was not expanding, then it decided to establish the Authority to ensure that all works are done at one window.

He said since so many ministries, departments, provinces and federating units were involved in the mega project, a forum was direly needed to be established that would provide one window facility to the foreign investors.

To another query, the Chairman said “Basically the emphasis of CPEC is more on the implementation of projects but we also do planning, monitoring and evaluation of the projects”.

“Whatever we plan for CPEC project is in consensus with the overall master planning of the country which is done by the Planning Commission of Pakistan, so it becomes easier for all of us to coordinate”.

He said after the establishment of the Authority, the work of various projects under CPEC had been streamlined as it helped removing so many hiccups in the projects.

Asim Bajwa pointed out that in energy sector an amount of $8 billion had already been executed whereas more energy projects worth $9.5 billion were under execution.

In communication sector he said $4 billion were already invested whereas another over $3 billion investment was going to be executed soon.

To another query, Bajwa said “We are at the peak of our engagements with the Chinese government and we are entering into second phase CPEC project”.

He informed that the government was fully focused on the development of Balochistan and progress on Western rout of CPEC project was moving fast.

He said motorway from Islamabad to D.I. Khan was almost completed while the project from DI Khan to Zhob would be taken up in the meeting of Joint Coordination Committee of CPEC next month for approval.

Similarly he said from Zhob to Quetta, groundbreaking of the road project had already been done, the money had been allocated and the land had also been acquired.