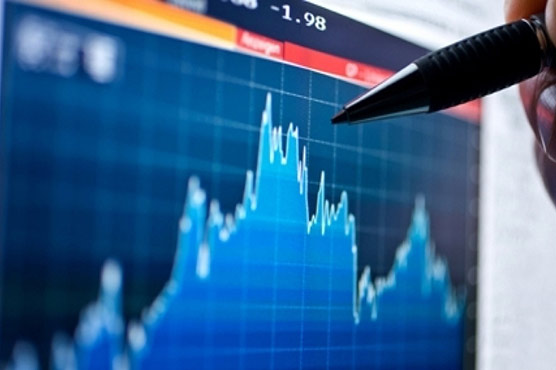 ISLAMABAD (APP) – Since its inception, the Pakistan Tehreek-e-Insaf (PTI) government has been confronting a number of inherited economic challenges head-on.

For a long term solution of the economic woes, the incumbent government introduced a new economic regime to incentivize both local as well as foreign investors with conducive environment through ease of doing business plans.

To lure foreign investors, Prime Minister Imran Khan has undertaken many visits to China, the Kingdom of Saudi Arabia (KSA), the United Arab Emirates, Turkey, Qatar and Malaysia, where he interacted with their business community to apprise them about business opportunities in Pakistan.

Resultantly international investors, due to business-friendly policies, are inclining towards Pakistan and showing keen interest in various economic sectors.

The recent three-day official visit of Malaysian Prime Minister Dr Mahathir Mohammad to Pakistan is expected to bring around $900 million investment in various sectors such as telecommunication, technology, automobiles and Halal foods.

A Malaysian automotive company Proton Holdings is going to set up a car assembly plant in Karachi in collaboration with the Pakistani firm Al-Haj Automotive.

A symbolic ground-breaking of the car assembly plant was also performed by the two chief executives of brotherly countries during Pak-Malaysia Investment Roundtable conference, held in Islamabad from March 21 to 23.

Before his departure to Malaysia, Dr Mahathir Mohammad was also briefed about the JF-17 Thunder fighter aircraft – jointly developed by China and Pakistan – by Prime Minister Imran Khan himself.

Moreover, two Chinese business giants – XCMG and HSS Group – have issued a letter of intent for investing $2 billion in housing and manufacturing sectors.

The letter of intent follows a meeting of a delegation led by XCMG Global Sales President Dr Hanson Liu with Prime Minister Imran Khqan in Islamabad on March 6.

“This is just the beginning,” the Saudi Prince said and expressed the hope that Pakistan would be one of the largest regional economies by 2030.

Like the China Pakistan Economic Corridor project, Balochistan is being provided the lion’s share in this investment too.

The KSA is collaborating to set up an oil refinery at Gwadar Port with an estimated cost of $10 billion which is exactly half of its total investment in Pakistan.

This generous Saudi initiative would help improve socioeconomic condition of the province, besides removing the sense of deprivation among its educated youth by creating a lot of white-collar and blue-collar job opportunities.

In spite of all, the upcoming expected visit of Turkish President Recep Tayyip Erdogan’s to Pakistan will prove to be historic one with a number of investment plans.

According to Turkish Ambassador to Pakistan Muftafa Ihsan, the current trade volume between the two countries is $700 million, which can rise up to $10 billion.

Keeping in view its geostrategic location’s significance, the entire world is eyeing on Pakistan to grab business opportunities under the new incentivized economic regime.

These are facts and figures which tell the PTI government’s success story within a short span of time.

Pakistan is coming out of the economic crunch and entering a new economic phase of development and prosperity under the dynamic leadership of Prime Minister Imran Khan.

The local business community seems to be satisfied with the initiatives taken by the government for the economic revival as evident from the ongoing economic activities in the country. Their businesses are expected to get an unprecedented boost through joint ventures with foreign companies, which will resultantly stabilize the national economy.

Despite severe criticism from opposition leadership, Prime Minister Imran Khan, being a sportsman who believes in striving to win a cricket match till the last ball, is moving ahead and making all-out efforts to make Pakistan a developed country as per the vision of Quaid-e-Azam Muhammad Ali Jinnah and the dream of great poet and philosopher Dr Allama Muhammad Iqbal.

Soon after assuming the office, the prime minster sensed the gravity of the country’s economic condition and for its immediate redressal, he sought financial aid from the friendly countries in cash to ease balance of payment issue and supply of oil on deferred payment basis, before knocking the door of International Monetary Fund (IMF) to avoid burdening the masses with harsh conditions set by the international lender.

It is, however, compulsion for the incumbent government as the Pakistan Peoples Party (PPP) and the Pakistan Muslim League – Nawaz (PML-N), who remained in power for the last ten years, left the economy in a shambles.

These so-called experienced and politically matured parties were aliens to business-oriented policies as their focus was on the commission-oriented projects to fill their personal coffers.

The PTI government has to pay the cost in servicing the debt, which rose to $30 billion from $6 billion in the last decade, while the masses are burdened with inflation, especially high prices of daily use commodities.

It was height of apathy on the part of both the PPP and PML-N governments that instead of adopting corrective measures to put the economy on right track, they borrowed huge loans from the IMF and other international lenders just to run the state affairs smoothly and repay the installments of existing debts.

According to Prime Minister Imran Khan, the government was paying Rs 6 billion per day interest on the foreign debts.

The high profile foreign dignitaries’ visits to Pakistan, either explicitly or implicitly, is a shut-up call to those who were pointing finger at Prime Minister Imran Khan’s foreign tours.

The leadership of both the PPP and the PML-N, while in power, preferred to develop personal relations with other heads of the state for their own vested interests instead of the country-to- country and people-to-people contacts.

Taking full advantage of their positions, they built their own castles, set up business empires and laundered billions of rupees in bank accounts abroad at the cost of national kitty.

On the contrary, the PTI government has adopted policies aimed at boosting the country’s economy from the scratch, besides launching programmes for the welfare of downtrodden segments of the society.

Like the European Renaissance, the tenure of incumbent government will prove to be renaissance period for Pakistan as it is making unwavering efforts to bring socioeconomic reforms at the grassroots level.

It is also streamlining the system in which the rich used to get richer and the poor poorer and the vessel of the state is driven between the Scylla and Charybdis of anarchy and despotism.

Percy Bysshe Shelley discusses this aphorism in these words, “To him that hath, more shall be given; and from him that hath not, the little that he hath shall be taken away.”