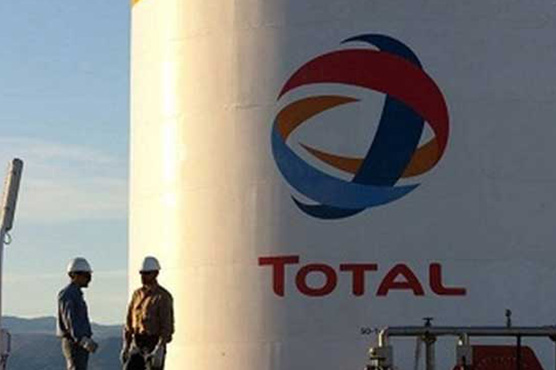 "The international agreement for the development of phase 11 of South Pars will be signed on Monday in the presence of the oil ministry and managers of Total, the Chinese company CNPC and Iranian company Petropars," a ministry spokesman told AFP.

Total signed a preliminary deal with Iran in November, taking a 50.1 percent stake in the $4.8 billion (4.2 billion euro) project.

Total will put in an initial $1 billion for the first stage of the 20-year project.

It was initially due to sign the contract in early 2017, but CEO Patrick Pouyanne said in February that it would wait to see whether the US adminstration of President Donald Trump reimposed sanctions on Iran.

Trump threatened during his campaign to tear up the landmark accord between Iran and six world powers that came into force in January 2016 and eased sanctions in exchange for curbs to Tehran s nuclear programme.

His administration has taken a tough line on Iran and imposed fresh sanctions related to its ballistic missile programme and military activities in the region.

But the White House has kept the nuclear deal alive, continuing to waive the relevant sanctions every few months as required under the agreement.

It is in the midst of a 90-day review on whether to stick with the nuclear deal, although any move to abandon it will be strongly opposed by the other signatories Britain, France, Germany, China and Russia.

Monday s signing will mark Total s return to Iran, which has the second-largest gas reserves and fourth-largest oil reserves in the world.

The French firm led development of phases two and three of South Pars in the 1990s, but effectively left Iran in 2012 when France joined European Union partners in imposing sanctions, including an oil embargo.

"We re the first Western major to return to Iran. We re very happy," Pouyanne told AFP when the initial deal was signed in November.

Iran s oil officials have been keen to attract Western investment and know-how to improve the outdated energy infrastructure.

Preliminary agreements were also signed in December with Shell and Russia s Gazprom to develop oil and gas projects.

Such deals have not been without controversy in Iran, where the memory of exploitation by foreign firms in the early 20th century remains a highly sensitive topic.

Conservatives criticised the move to award tenders to foreign firms last year, forcing the oil ministry to state that domestic conglomerates, including one controlled by the elite Revolutionary Guards, would be allowed to compete.

The first stage of the new 20-year project at South Pars will cost around $2 billion and consist of 30 wells and two well-head platforms connected to existing onshore treatment facilities.

KSA releases Iranian fishermen held for over a year