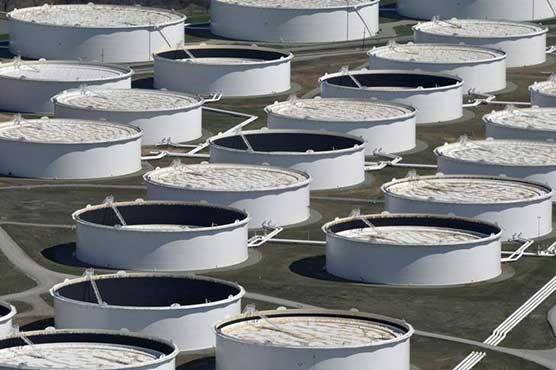 NEW YORK (Reuters)- Oil prices surged more than 2 percent to a one-month high on Friday after the United States launched dozens of cruise missiles at an airbase in Syria, later dropping back as there seemed no immediate threat to supplies.

U.S President Donald Trump said he had ordered missile strikes against a Syrian airfield from which a deadly chemical weapons attack was launched earlier this week, declaring he acted in America s "national security interest" against Syrian President Bashar al-Assad.

After tepid trading before the attack, international benchmark Brent crude futures LCOc1 jumped to $56.08 per barrel before easing to $55.71 per barrel at 0519 GMT, still up 1.5 percent from its last close.

Both benchmarks hit their highest levels since early March.

Syria has limited oil production, but its location in the Middle East and alliances with big oil producers raised worries about spreading conflict that could disrupt crude shipments.

"What will be the response of Iran and Russia, two of the world s largest oil producers and staunch allies of the Assad regime? ... We will have to wait for these answers as the day moves on," Halley said.

U.S. officials said the military had fired 59 cruise missiles against a Syrian airbase controlled by Assad s forces, in response to a poison gas attack on Tuesday in a rebel-held area.

Officials said the United States had informed Russia the strikes were coming. The strikes did not target sections of the Syrian base where Russian forces were believed to be present.

Russian officials, however, said U.S.-Russian cooperation in Syria was in doubt after the air strikes.

Fury in Damascus, Moscow as US strikes Syria airbase

Russia at UN warns US over possible military action in Syria

Russia, Pakistan for further cooperation in oil and gas sector