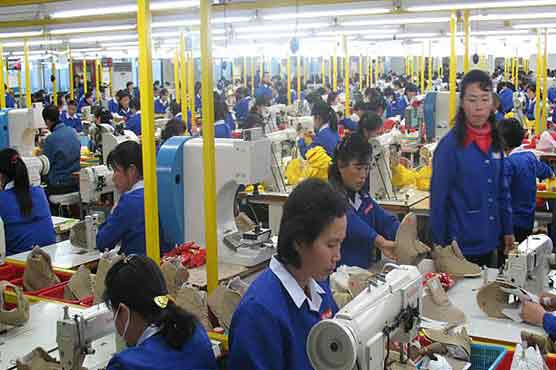 The North's proposal would increase the average monthly sum the South pays for each worker.

SEOUL (AFP) - South Korea said Tuesday it would punish three factory owners for bowing to North Korean pressure in a wage dispute over workers at the Kaesong joint industrial zone.

The North unilaterally announced in February a wage hike for the more than 50,000 North Korean workers employed by South Korean firms operating in Kaesong, just north of the inter-Korean border.

South Korea demurred, insisting that under a previous accord, employment conditions in the zone could only be adjusted with the agreement of both sides.

As the row intensified, the Seoul government ordered the firms not to yield to pressure, but the South s Unification Ministry said three companies had paid the increased wage.

The North s proposal would increase the average monthly sum the South pays for each worker -- including allowances, welfare and overtime -- from $155 to $164.

The South Korean firms in Kaesong get cheap labour on top of preferential loans and tax breaks from their government, which also effectively underwrites their investment.

Kaesong opened in 2004 and had survived repeated inter-Korean crises that closed off every other avenue of cooperation.

But in 2013, the North effectively shut down the zone for five months by withdrawing its workers following a surge in military tensions. Many firms are still reeling from financial losses from the shutdown.

Kaesong is a key earner for the cash-strapped North. The hard currency wages are kept by the state, which passes on a fraction -- in local currency -- to the workers.