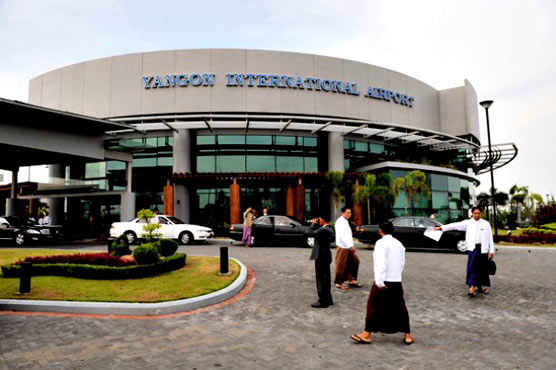 The winning consortium will build and run Hanthawaddy International on the outskirts of Yangon.

YANGON (AFP) - A Singaporean-led group has won a $1.4 bn bid to build a second international airport in Myanmar s commercial hub Yangon, authorities said Wednesday, as the long-isolated nation gears up for a dramatic increase in foreign arrivals.

The winning consortium, which includes Singapore-based engineering and construction group Yongnam and a subsidiary of Singapore s Changi airport, will build and run Hanthawaddy International on the outskirts of Yangon by December 2019, according to Myanmar s civil aviation department.

Hanthawaddy International, about 50 miles (80 kilometres) northeast of downtown Yangon, is projected to handle around 12 million passengers a year -- a huge leap from the 3.7 million arrivals at the existing Yangon International Airport last year.

"We intend it to become the primary gateway for transit routes and also for cargo," Win Swe Tun, director general of Myanmar s civil aviation department, told a press conference.

He said Hanthawaddy was at the centre of the country s ambitions for a huge increase in passenger capacity as the country expects tourist numbers to continue to swell.

"We plan to extend (the airport) until it can handle 30 million passengers in the future," he said.

Myanmar has seen surging visitor numbers -- from tourists and investors -- since it began opening up to the world after the junta made way for quasi-civilian rule in 2011.

The country, which is hoping to reclaim its former status as a regional air hub, says it needs to take the pressure off the current Yangon airport, which technically only has a capacity of 2.7 million passengers annually.

Yangon International Airport was considered one of the region s most modern aviation hubs at the end of British colonial rule over six decades ago, with direct flights to European destinations.

But the country lost its position to regional neighbours as visitors dwindled during military dictatorship.

The new winning bid, which will meet 49 percent of the costs through a loan from Japan s international development arm, was selected following the collapse of an earlier agreement with South Korea s Incheon Airport over financial concerns.

Win Swe Tun said the Incheon bid stumbled when the Myanmar government would not agree on the amount it would pay if it terminated the contract before completion.

Myanmar authorities were also unable to guarantee electricity and water supplies to the site during construction.

He did not provide details of the agreement with the Yongnam-CAPE-JGC Consortium, which also includes engineering contractor JGS.

Govt not getting sales tax on petroleum products: Spokesperson

Dollar at interbank closes at Rs175.46