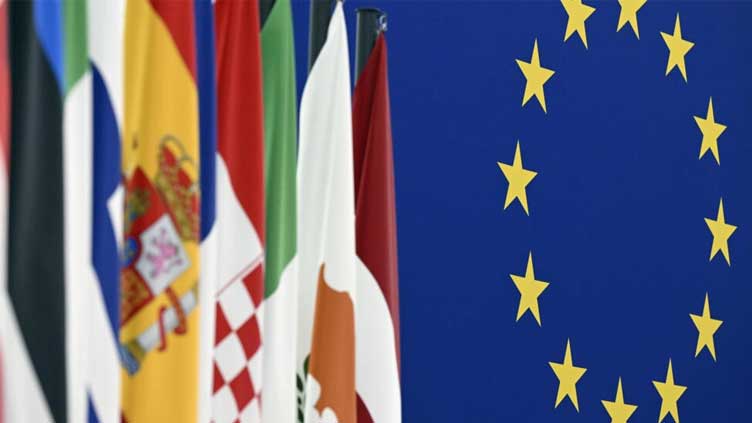 Stockholm (AFP) – Eight years after facing a refugee crisis in 2015, the European Union is still struggling with how to reform its asylum system -- just as migrant entries are once again rising.

Reaching consensus among the bloc’s 27 nations has become more complicated with the growing influence of the far-right in the politics of several member states.

The issue, kicked along the road for years, will be on the agenda of a Thursday meeting of EU interior ministers, with a focus on how to speed up the process of returning undocumented migrants to their country of origin in cases where their asylum bid fails.

Sweden, the current holder of the EU presidency, will host the meeting.

The Scandinavian country, among the more generous in terms of giving asylum before 2015-2016, has since October had a coalition government reliant on a nationalist far-right party, the Sweden Democrats (SD).

That alliance "is really stepping up the restrictive approach" introduced under the previous Swedish government, an expert at Swedish Institute for European Policy Studies, Bernd Parusel, told AFP.

The aim, he said, is to reduce all immigration, not only asylum, and Stockholm would not back "any deal or any compromise that would increase the number of people arriving in Sweden to apply for asylum".

A spokesman for the SD, lawmaker Ludvig Aspling, confirmed to AFP that "we don’t want any mandatory relocation of migrants," as has been mooted under EU plans to reform the system.

The area the Swedish EU presidency is expected to focus on is increasing the number of irregular migrants sent back to their countries of origin.

Currently, only around 20 percent of those denied asylum in the EU are sent home.

Some aspects of the proposed EU Pact on Migration and Asylum, set out by the European Commission in 2020, have made progress, notably on expanded use of EURODAC, a bloc-wide database of fingerprints taken from irregular migrants and asylum-seekers.

But the main thrust of the reform has languished, with little prospect of it being agreed and adopted before European Parliament elections next year, as the legislature and the European Council have promised.

One key point, on overhauling the so-called Dublin Regulation under which irregular migrants are the responsibility of the EU country where they first enter, remains stalled.
The EU’s outer countries facing irregular migrant inflows -- Greece, Italy, Malta and Spain -- back the proposed reform that would see asylum-seekers relocated across the bloc.
But other countries, such as Hungary, Poland and the Netherlands, are fiercely opposed to that.

"On that issue we see there is still enormous disagreement among member states," said Helena Hahn, migration expert at the European Policy Centre.
"It’s not very clear what the compromise could actually look like," Parusel said.

He suggested a "flexible system" might emerge where EU countries refusing to host relocated asylum-seekers would be made to contribute in other ways, with money or resources.

A Dutch policy paper circulated to other EU member countries hewed to that contribution idea, and called for better "enforcement" of the Dublin Regulation.

It also stressed the need for better cooperation with non-EU countries "to decrease irregular migration and foster return," citing the 2016 deal struck with Turkey to house migrants in exchange for European funds.

The EU, it said, should wield "trade, visa, development cooperation and temporary legal and circular migration pilots" as levers to improve returns and cut irregular migration.
Pressure is building for a coherent policy.

The EU last year saw irregular migrant arrivals jump to 330,000, according to the bloc’s Frontex border control agency -- its highest level since 2016.

There were 924,000 asylum applications lodged in 2022, a 50-percent year-on-year increase, said EU home affairs commissioner Ylva Johansson, who is Swedish.

She underlined that, on top of that, four million Ukrainians are being hosted in the European Union under a separate procedure tailored for them in response to Russia’s war in their country.
Combined, "this puts our systems under huge pressure," she said.