US 'disappointed' at Russia scrapping of arms talks 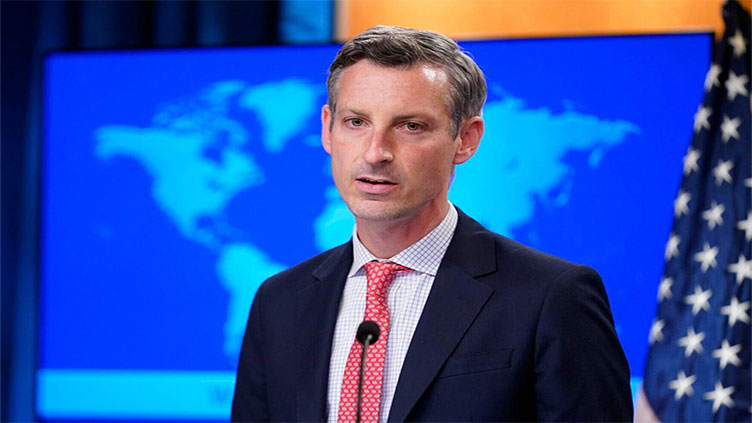 US 'disappointed' at Russia scrapping of arms talks

The US said Friday it was disappointed that Russia had postponed talks on nuclear arms control.

WASHINGTON (AFP) - The United States said Friday it was disappointed that Russia had postponed talks on nuclear arms control, voicing willingness to sit down despite high tensions over the Ukraine war.

Russia and the United States were set to meet from November 29 in Cairo on New START, the last major disarmament treaty between the world s two largest nuclear powers, in what would have marked rare contact since the February invasion of Ukraine.

State Department spokesman Ned Price said Russia "abruptly and unilaterally" postponed the week-long meeting and that any suggestion the United States was to blame was "entirely false."

He said the US side had been preparing "in a constructive manner" to address mutual concerns in the talks.

"We do remain ready to meet with Russia in the New START Treaty implementation body," Price told reporters.

"We are committed to New START in word and deed and we urge Russia to evidence the same."

Russia s foreign ministry on Tuesday blamed US "toxicity and animosity" for the postponement of the talks and did not give a new date.

Signed in 2010 during a warmer period of relations, New START restricted Russia and the United States to a maximum of 1,550 deployed strategic nuclear warheads each -- a reduction of nearly 30 percent from the previous limit set in 2002.

Russia in August announced it was suspending US inspections of its military sites under the treaty, saying it was responding to US obstruction of Russian inspections.

President Joe Biden has moved to isolate and punish Russia economically since its invasion in February of Ukraine, which has received billions of dollars in US weapons to defend itself.