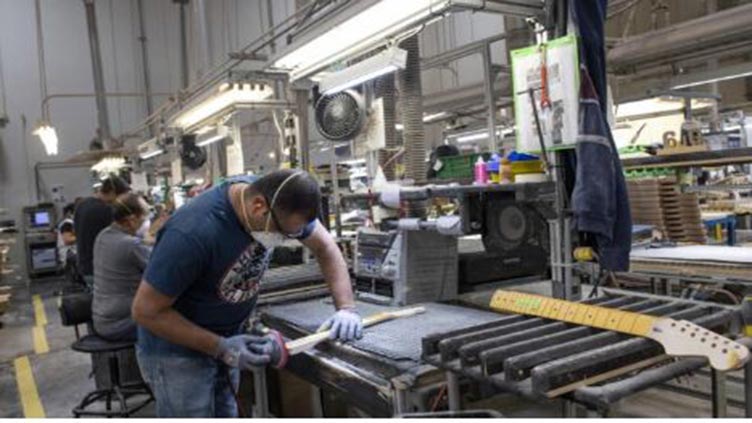 WASHINGTON (AFP) – US employers eased their hiring pace in November, with job creation slowing the most since early 2021, as the central bank s interest rate hikes trickle through the economy, payroll firm ADP said Wednesday.

Private employment rose by 127,000 jobs this month, much less than analysts expected and below the 239,000-job increase in October, with firms no longer in "hyper-replacement mode," the survey showed.

As the Federal Reserve battles to tamp down surging inflation and cool the world s biggest economy, one concern was an uptick in wages over the past year as companies competed to find and retain workers in a tight labor market.

But in November, job creation slowed by the most since January 2021, ADP said.

This was led by construction and other sectors sensitive to interest rate hikes, while consumer-facing segments such as health care and hospitality proved to be "bright spots."

"Turning points can be hard to capture in the labor market, but our data suggest that Federal Reserve tightening is having an impact on job creation and pay gains," said ADP chief economist Nela Richardson in a statement.

Richardson added that the post-pandemic recovery is also "stabilizing" with fewer people quitting their jobs.

For those who changed jobs, the median change in annual pay was up 15.1 percent, but the report noted that job changers had the smallest increase in pay since January as well.

"Overall, the trend in job growth remains positive and the labor market remains tight. But there are some initial signs of softening," said economist Rubeela Farooqi of High Frequency Economics in a note.

While she expects job growth to remain positive for now, the pace is "expected to slow further in response to Fed hikes, which will... slow demand and economic activity over time."

The ADP data also comes before key employment figure is released by the Labor Department on Friday.