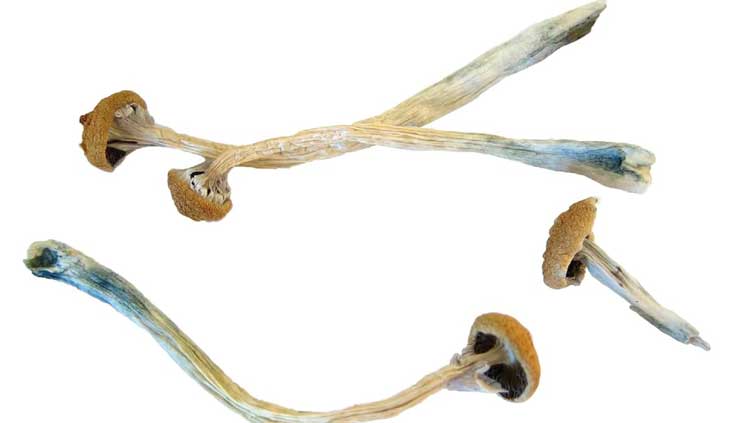 TREASURE BEACH, Jamaica (Reuters) - A new group of Jamaican resorts is promoting tourism that offers mystical experiences and stress relief through "magic mushrooms," as the Caribbean nation seeks to develop a niche industry in natural psychedelics.

While mushrooms containing the psychoactive compound psilocybin remain illegal in most parts of Europe and the United States, Jamaica’s government has never outlawed the hallucinogenic fungus and is now cultivating investors in efforts to build up its psychedelics industry, which according to one estimate could be worth $8 billion globally by 2028.

Jamaica now has at least four psilocybin-focused resorts, three of which opened in recent years as the government has warmed to psychedelics and encouraged private investment in the sector.

Officials at Jamaica Promotions Corporation, a state agency that promotes business opportunities, see psychedelics as a way to expand the country’s tourism industry.

"The opportunity is there," said Gabriel Heron, the agency’s Vice President of Marketing, in an interview. "How we position this particular tourism experience will more than likely be aligned with the health and wellness industry."

At MycoMeditations, a psychedelic retreat in the town of Treasure Beach on Jamaica’s south coast, guests pay as much as $23,500 for a week-long experience involving three dosing sessions.

"I emerged feeling what love is for the first time in my life," said Dean, 41, who lives in South Carolina and works in the software industry. He attended two one-week MycoMeditations programs, and asked to be identified only by his first name.

"What I learned in that week in that retreat would have taken ten years of talk therapy," he said, describing a "euphoric, blissful, hopeful" experience in which colors were more vibrant and his body seemed to be releasing deep emotions.

The use of psilocybin to treat mental health problems such as anxiety or depression is still being studied in clinical trials. Side effects can include panic, fear, and nausea, as well as subsequent "flashback" reactions, according to U.S. and Canadian health authorities.

During MycoMeditation sessions, visitors lie on recliners or yoga mats, listening to music. Groups of up to 12 people, mainly Americans, later describe their experiences in a group setting with therapists and counselors.

Almost half of visitors describe having a "mystical experience" and notice a reduction in stress, said Justin Townsend, CEO of MycoMeditations, which grows its own mushrooms.

‘THE FLOW OF THOUGHTS AND EMOTIONS’

MycoMeditations decides on dosing after deliberating as a team, which includes U.S.-licensed staff, and make decisions based on criteria such as a client’s mental health condition.
Staff are trained to spot the signs of a bad trip, and can guide them with a therapeutic touch, Townsend said.

Dr. Matthew Johnson, a professor of psychiatry at Johns Hopkins University School of Medicine, said in an interview that he believes psilocybin may work by allowing the flow of different thoughts and emotions, which can help people get out of negative mental ruts that are linked to problems including depression and addiction.

The Jamaican government’s receptiveness to psychedelics runs counter to the conservative outlook of the country, where traditional Christian values dominate over the liberal Rastafari ideas that foreigners often associate with the island.

In 2021, officials and business leaders gathered in Montego Bay for a conference called Psychedelics Summit to network and discuss opportunities in the psychedelics industry.
It featured then-Agriculture Minister Floyd Green as well as entrepreneurs including Cedella Marley, daughter of reggae singer Bob Marley.

Although it is unclear how much income tourists visiting the resorts have brought in to Jamaica, the global market for psychedelic therapeutics is expected to grow to $8.3 billion by 2028 from $3.6 billion in 2021, India-based market research firm InsightAce Analytic said in a July report.

In response to questions about ensuring the safety of those who consume psilocybin mushrooms, Health Minister Chris Tufton said: "Hard to address these questions except to say that currently the industry is not regulated and at this point there (are) no plans to."

Outside of Jamaica, psychedelic retreats also have appeared in the Netherlands, Spain, and Costa Rica. Companies are testing psilocybin as a treatment for everything from depression to anorexia and obsessive-compulsive disorder.

They include British mental health care company COMPASS Pathways (CMPS.O), whose product received a "breakthrough" therapy designation from the U.S. Food and Drug Administration (FDA) in 2018.

That designation signals that the FDA believes a given treatment may demonstrate significant improvement over alternatives. COMPASS said earlier this month that its therapy appeared to help patients with depression that had not responded to other treatments.

Winston De La Haye, a psychiatrist who has served as Jamaica’s acting Chief Medical Officer and currently chairs the Caribbean Psychedelics Association, cautions that psilocybin is not for everyone, and should be avoided by people with bipolar disorder or schizophrenia.

But he has his own psilocybin treatment regime for his patients, and believes it can help those suffering from major depression, as well as those in need of end-of-life care.
"We have clear indications now and an increasing body of evidence looking at microdosing, and those benefits include creativity and enhanced focus," said De La Haye.