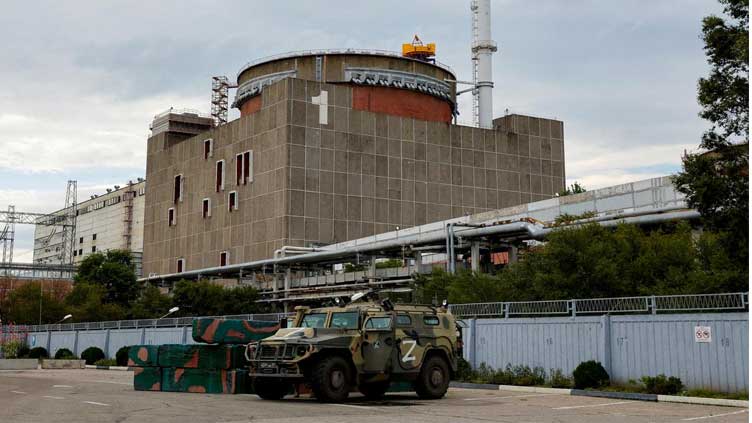 The alleged kidnapping comes at a pivotal moment in Russian President Vladimir Putin’s war. Facing a Ukrainian counteroffensive, Putin this week heightened threats of nuclear force and used his most aggressive, anti-Western rhetoric to date.

Ukrainian President Volodymyr Zelenskyy and his military vowed to keep fighting to liberate the annexed regions and other Russian-occupied areas.

Ukrainian officials said Saturday that their forces had surrounded thousands of Russian forces holding the strategic eastern city of Lyman, which is located in one of the four incorporated areas. Zelenskyy formally applied Friday for Ukraine to join NATO, increasing pressure on Western allies to help defend the country.

In a possible attempt to secure Moscow’s hold on the newly annexed territory, Russian forces seized the director-general of the Zaporizhzhia Nuclear Power Plant, Ihor Murashov, around 4 p.m. Friday, Ukrainian state nuclear company Energoatom said. That was just hours after Putin signed treaties to absorb Moscow-controlled Ukrainian territory into Russia, including the area around the nuclear plant.

Energoatom said Russian troops stopped Murashov’s car, blindfolded him and then took him to an undisclosed location.

Russia did not immediately acknowledge seizing the plant director. The International Atomic Energy Agency, which has staff at the plant, said it was aware of the reports of Murashov’s capture, and had contacted Russian authorities for clarification on what happened.

“His detention by (Russia) jeopardizes the safety of Ukraine and Europe’s largest nuclear power plant,” said Energoatom President Petro Kotin said, demanding the director’s immediate release.
The power plant repeatedly has been caught in the crossfire of the war in Ukraine. Ukrainian technicians continued running it after Russian troops seized the power station, and its last reactor was shut down in September as a precautionary measure amid ongoing shelling nearby.

Amid growing international sanctions and condemnation of Russia, a Ukrainian counteroffensive that has embarrassed the Kremlin appeared on the verge of retaking more ground.

A Ukrainian official said Saturday that the Russian-occupied city of Lyman was surrounded, with some 5,000 Russian forces trapped there. Luhansk Gov. Serhiy Haidai claimed that all routes to resupply Russian forces in Lyman were blocked.

“The occupiers asked their leadership for the opportunity to leave, which they refused,” Haidai said in a television interview. “Now they have three options: to try to break through, to surrender or to die together.”

His claims could not immediately be verified. Russia has not confirmed its forces were cut off, and Russian analysts had said Moscow was sending more troops to the area.
The Institute for the Study of War, a Washington-based think tank, said Ukraine likely will retake Lyman in the coming days.

Citing Russian reports, the institute said it appeared Russian forces were retreating from Lyman, some 160 kilometers (100 miles) southeast of Kharkiv, Ukraine’s second-largest city. That corresponds to online videos purportedly showing some Russian forces falling back as a Ukrainian soldier said they had reached Lyman’s outskirts.

It said Ukraine also was making “incremental” gains around Kupiansk and the eastern bank of the Oskil River, which became a key front line since the Ukrainian counteroffensive regained control of the Kharkiv region in September.

One of the rockets hit a five-story apartment building in the city center, while windows of the surrounding houses were blown out. In another part of the city, a private house and a two-story residential building suffered extensive damage. Five people were injured, including a 3-month-old baby, Kim said.

In its heaviest barrage in weeks, Russia’s military on Friday pounded Ukrainian cities with missiles, rockets and suicide drones, with one strike in the Zaporizhzhia region’s capital killing 30 and wounding 88.

“Russia is expending strategically valuable military assets in attempts to achieve tactical advantage and in the process is killing civilians it now claims are its own citizens,” it said.
The attack came while Putin was preparing to sign the annexation treaties, which included the Zaporizhzhia region. Russian-installed officials in Zaporizhzhia blamed Ukrainian forces, but gave no evidence.

Russia now claims sovereignty over 15% of Ukraine, in what NATO Secretary-General Jens Stoltenberg called “the largest attempted annexation of European territory by force since the Second World War.” The NATO chief was meeting Saturday with Denmark’s prime minister amid investigations into explosions on Russian pipelines in the Baltic Sea.