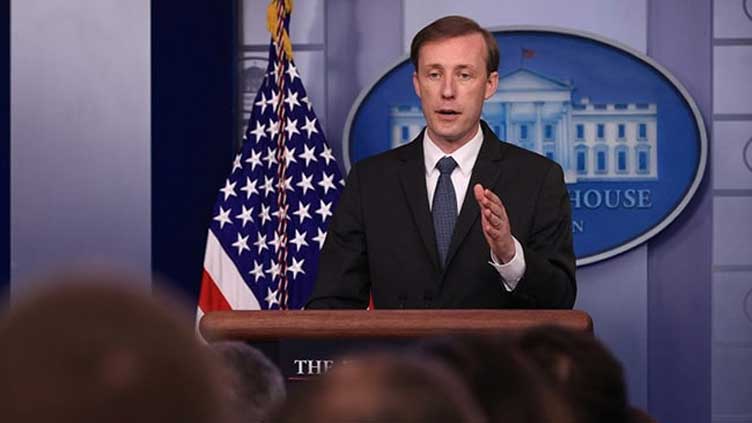 (Reuters) - The United States warned of "catastrophic consequences" if Moscow were to use nuclear weapons in Ukraine, after Russia’s Foreign Minister said regions holding widely-criticised referendums would get full protection if annexed by Moscow.

Votes in four eastern Ukrainian regions, aimed at annexing territory Russia has taken by force mostly since its invasion in February, were staged for a third day on Sunday. The Russian parliament could move to formalise the annexation within days.

By incorporating the four areas of Luhansk, Donetsk, Kherson and Zaporizhzhia into Russia, Moscow could portray attacks to retake them as an attack on Russia itself, a warning to Kyiv and its Western allies.

The Russian annexations raise the risk of a direct military confrontation between Russia and the NATO military alliance as Western arms are being used by Ukrainian troops.

U.S. National Security Adviser Jake Sullivan said on Sunday the United States would respond decisively to any Russian use of nuclear weapons against Ukraine and that it had spelled out to Moscow the "catastrophic consequences" it would face.

"If Russia crosses this line, there will be catastrophic consequences for Russia. The United States will respond decisively," Sullivan told NBC’s "Meet the Press" program.

The latest U.S. warning followed a thinly veiled nuclear threat made last Wednesday by President Vladimir Putin, who said Russia would use any weapons to defend its territory.

Foreign Minister Sergei Lavrov made the point more directly at a news conference on Saturday after addressing the U.N. General Assembly in New York.

Asked if Russia would have grounds for using nuclear weapons to defend the annexed regions, he said Russian territory, including territory "further enshrined" in Russia’s constitution in the future, "is under the full protection of the state".

In his speech, Lavrov sought to justify Russia’s seven-month war in Ukraine, repeating Moscow’s false claims that the elected government in Kyiv was illegitimately installed and filled with neo-Nazis.

He cast opposition to what Russia calls a "special operation" as limited to the United States and countries under its sway, although nearly three-quarters of states in the assembly voted to reprimand Russia and demand it withdraw.

Ukraine and its allies have dismissed the referendums as a sham designed to justify an escalation of the war and a mobilisation drive by Moscow after recent battlefield losses.

British Prime Minister Liz Truss said Britain and its allies should not heed threats from Putin, who had made what she called a strategic mistake as he had not anticipated the strength of reaction from the West.

"We should not be listening to his sabre-rattling and his bogus threats. Instead, what we need to do is continue to put sanctions on Russia and continue to support the Ukrainians," Truss told CNN in an interview broadcast on Sunday.

Russia says the referendums, hastily organised after Ukraine recaptured swathes of the northeast in a counter-offensive this month, enable people in those regions to express their view.

The territory controlled by Russian forces in the four regions represents about 15% of Ukraine, about the size of Portugal. It would add to Crimea, which Russia claims to have already annexed in 2014, and which is nearly the size of Belgium.

Ukrainian forces still control some territory in each of the four regions, including around 40% of Donetsk and Zaporizhzhia’s provincial capital. Heavy fighting is underway along the entire front, especially in northern Donetsk and in Kherson.

Ukrainian President Volodymyr Zelenskiy said on Sunday his country would regain all the territory Russia had taken.
"We will definitely liberate our entire country - from Kherson to the Luhansk region, from Crimea to the Donetsk region," he said on the Telegram messaging app.

Two of Russia’s most senior lawmakers on Sunday addressed a string of complaints about the mobilisation, ordering regional officials to get a handle on the situation and swiftly solve the "excesses" that have stoked public anger.

More than 2,000 people have been detained across Russia for protesting against the draft, according to independent monitoring group OVD-Info. In Russia, where all criticism of the conflict is banned, the demonstrations are among the first signs of discontent since the war began.

In the southern Russian region of Dagestan, police clashed on Sunday with people opposed to the mobilisation.

Public anger has appeared to be particularly strong in poor ethnic minority regions like Dagestan, a Muslim-majority region located on the shores of the Caspian Sea in the mountainous north Caucasus.