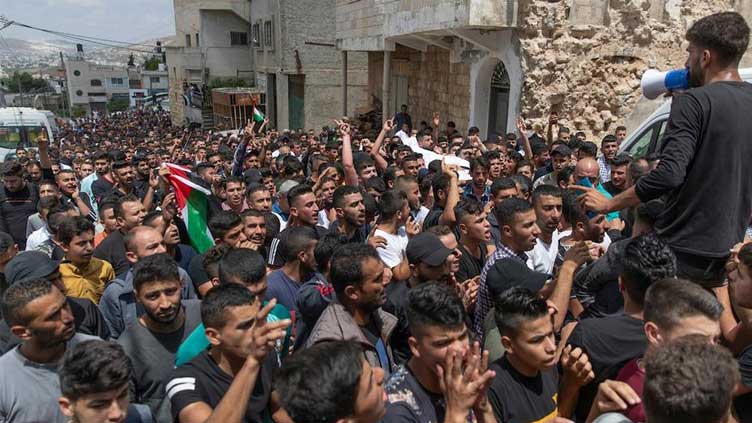 RAMALLAH (AFP) - A Palestinian teenager died on Sunday after being shot by Israeli forces in the occupied West Bank a day earlier, Palestinian medical sources said.

The 17-year-old was identified as Kamel Alawnah by the Palestinian health ministry, which said he "succumbed to wounds from live fire by the occupation (Israeli army) in the abdomen and hand in Jenin."

A Palestinian medical source told AFP that Alawnah was wounded in Jaba, a village in the Jenin governorate of the northern West Bank.

The Israeli military did not immediately respond to a request to comment on the incident.

Forty-nine Palestinians have been killed since late March across Israel and the Palestinian territories; civilians, attackers and suspected militants among them.

They include Al Jazeera journalist Shireen Abu Akleh, who according to the United Nations was killed by Israeli army fire while covering a military raid in Jenin.

Over the same period 19 people -- the majority Israeli civilians inside Israel -- have been killed, mainly in attacks by Palestinians. Three Israeli Arab attackers have also been killed.

Israeli security forces been carrying out near-daily raids in the West Bank, including in and around Jenin.