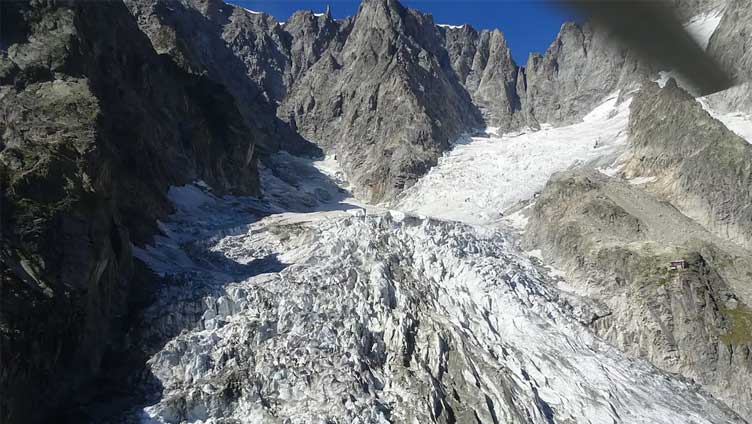 ROME  (AFP) - An avalanche sparked by the collapse of the largest glacier in the Italian Alps killed at least five people and injured eight others on Sunday, an emergency services spokeswoman said.

"Unfortunately, five people were found lifeless," Michela Canova told AFP, saying that the eight injured "remained a provisional count". The glacier collapsed on the mountain of Marmolada, the highest in the Italian Dolomites.

Two of the injured were taken to hospital in Belluno, another in a more serious condition was taken to Trevise and five to Trente, she said.

Canova did not specify the nationalities of the victims.

Helicopters were scrambled to take part in the rescue operation and to monitor the situation from the air.

"An avalanche of snow, ice and rock hit an access path at a time when there were several roped parties, some of whom were swept away," Canova said. "The total number of climbers involved is not yet known," she added.

The Marmolada glacier is the largest glacier in the Dolomites, which is part of the Italian Alps and situated on the northern face of Marmolada.

The glacier feeds the Avisio river and over looks Lake Fedaia.