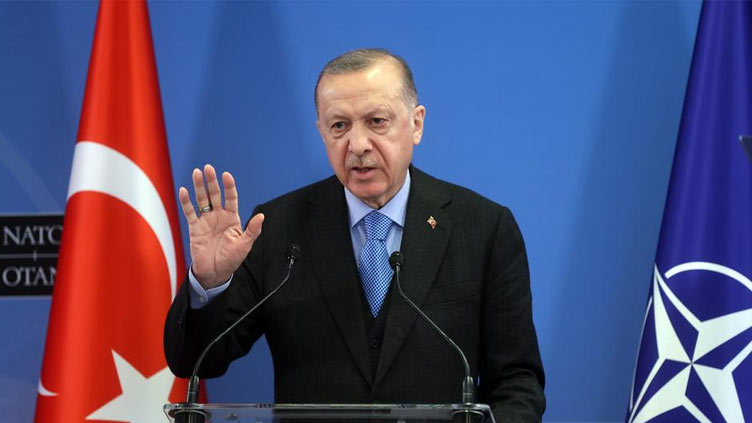 Breaking with decades of a policy of neutrality, Finland and Sweden applied for NATO membership in light of Russia s invasion of Ukraine. But they have faced opposition from Turkey over what it says is the Nordic countries  support for militants it views as terrorists, and arms embargoes on Ankara.

Turkey has held talks with the Nordic countries and NATO to address its concerns and has given Finnish and Swedish officials written demands. It has said the responses were not satisfactory and that it would block their bids unless its demands are met.

Speaking before departing for a NATO summit in Madrid where he will meet the Nordic and NATO leaders for talks on the bids, Erdogan said the two candidates must consider Ankara s concerns if they want to be NATO allies.

"We will hold these four-way talks together and see what point they have reached," Erdogan told reporters at the airport.

"We do not want dry words, we want results. We are sick of passing the ball around in the mid-field. As of now, they are producing words," he said.

Erdogan s spokesman and deputy foreign minister met Swedish and Finnish officials in Brussels on Monday for consultations on the membership bids ahead of the four-way meeting at the summit. Turkish officials and Western diplomats told Reuters a breakthrough was unlikely in Madrid.