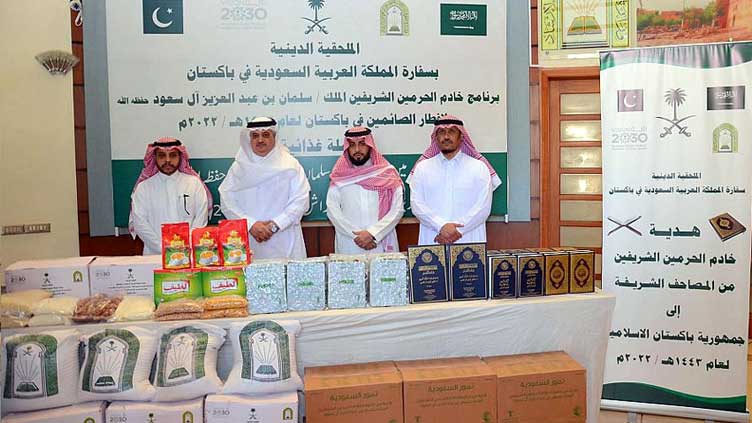 The three programs aim at distributing 1,750 comprehensive Ramadan food baskets to 14,000 needy individuals, 12 tons of fancy dates and 24,000 copies of the Holy Qur’an and its interpretations in Urdu and Sindhi languages, among others, where the gifts will be distributed in cooperation with official Islamic associations.

Al-Malki said that these programs, held following directives by Custodian of the Two Holy Mosques King Salman in Ramadan in several countries, including Pakistan, have received the appreciation of Pakistani people.

For his part, Al-Jadiei stressed that the baskets will be distributed to the neediest categories in coordination with official associations in Pakistan, noting that the religious attache will distribute the Ramadan baskets according to the health protocols in a way that realizes the program and its general goals.