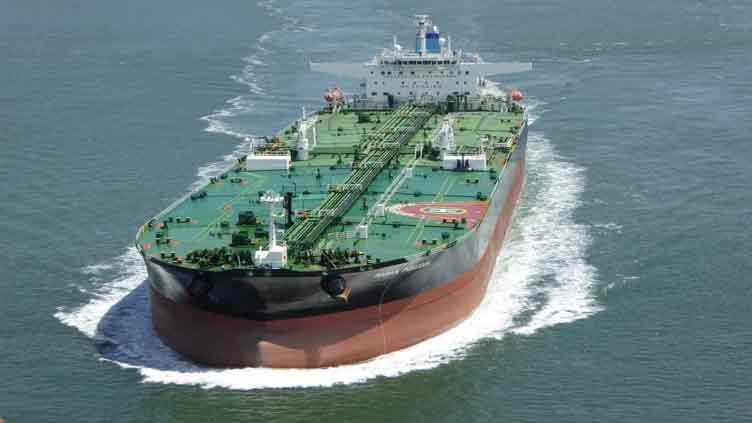 UNITED NATIONS (AP) — The United Nations and Yemen’s Houthi rebels have signed a memorandum of understanding aimed at resolving the environmental threat posed by a tanker carrying more than 1 million barrels of crude oil that has been moored off the coast of the war-torn Arab nation since the 1980s, the U.N. said Monday.

The FSO Safer tanker’s long-term presence in the Red Sea has raised fears of a massive oil spill or explosion that could cause an environmental catastrophe. U.N. spokesman Stephane Dujarric said the U.N. mission in Yemen “confirmed that the risk of imminent catastrophe is very real indeed, as we have been saying here for quite some time.”

Under the MOU, a short-term solution would transfer the oil from the Safer to another ship, along with a longer-term solution, he said.

But the MOU, dated March 5, makes clear the proposal’s implementation is contingent on mobilizing donor funds.

Yemen has been convulsed by civil war since 2014, when Iranian-backed Houthi rebels took control of the capital and much of the country’s north, forcing the government to flee to the south, then to Saudi Arabia. A Saudi-led coalition entered the war in March 2015, backed by the United States and the United Arab Emirates, to try to restore President Abed Rabbo Mansour Hadi to power.

The MOU was signed by David Gressly, the U.N. resident and humanitarian coordinator for Yemen, and Ibrahim Al-Seraji, chairman of the committee overseeing the agreement established by the Houthi authorities in Sanaa, as well as Abdullah Mohamed Fahem & Co.

It states that the United Nations will “make all efforts to mobilize the necessary funds” and that all signatories acknowledge that the authorities in Sanaa “bear no financial obligations” for the project. But it says the Houthi authorities “are committed to providing all facilities for the success of the project.”

The MOU states that a temporary tanker may be required to transfer the cargo from the FSO Safer and that the United Nations will provide the temporary vessel which will remain near the Safer tanker.

In the longer term, it says “the United Nations is committed to providing and supplying a replacement equivalent to the FSO Safer suitable for export with a target of 18 months.”

The Safer tanker is a Japanese-made vessel built in the 1970s and sold to the Yemeni government in the 1980s to store up to 3 million barrels of export oil pumped from fields in Marib, a province in eastern Yemen that is currently a battlefield. The ship is 360 meters (1,181 feet) long with 34 storage tanks.

The Houthis control Yemen’s western Red Sea ports, including Ras Issa, just 6 kilometers (about 4 miles) from where the Safer is moored, and the U.N. has been negotiating with the rebel group for years to try to get experts on the tanker to examine it.

Internal documents obtained by The Associated Press in June 2020 showed that seawater had entered the engine compartment of the tanker, causing damage to the pipes and increasing the risk of sinking. According to the AP report, experts said maintenance was no longer possible because the damage to the ship was irreversible.

Dujarric said Gressly reported that the U.N. is finalizing an operational plan for moving ahead with the proposal.

In what he called “another positive step,” Dujarric said Yemen’s ambassador to the Netherlands joined a U.N. mission to the key port city of Hodeida and the Ras Issa terminal to discuss the proposal with local authorities.

“The Netherlands is an important stakeholder in this U.N.-coordinated proposal,” Dujarric said, expressing appreciation for the country’s leadership role in trying to get donors and their technological expertise ”of all things maritime and salvage.”