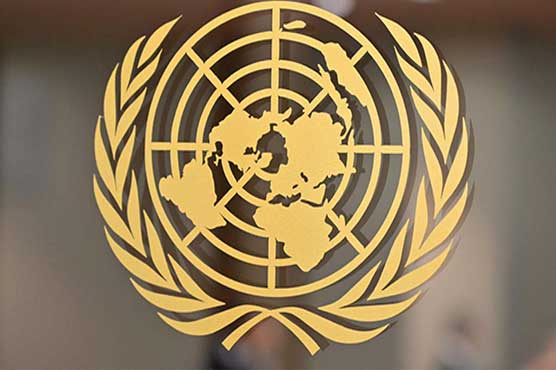 European countries and the US had wanted to maintain both crossing points.

UNITED NATIONS (AFP) - The UN Security Council on Saturday passed a resolution to restart cross-border humanitarian aid to Syria, but only after caving to Russian pressure to close one of two access points into the war-torn country.

Following a week of division and seven ballots, the Council passed a proposal submitted by Germany and Belgium allowing the use of the Bab al-Hawa crossing point for one year.

The measure was approved by 12 of 15 members, with Russia, China and the Dominican Republic abstaining, diplomats said.

Authorization for the continued transport of aid to Syria, a system in place since 2014, expired Friday night after Moscow and Beijing used their veto power and the Council then rejected a counterproposal from Russia.

With the approval of the German-Belgian proposal on Saturday, the Bab al-Hawa crossing point on Syria’s northwestern border with Turkey will be maintained for a year, until July 10, 2021.

This will allow badly needed humanitarian aid to continue flowing to several million Syrians living in the insurgent region of Idlib, which the Syrian regime does not control.

For weeks, Russia, Syria’s most important ally, has been demanding an end to the use of the Bab al-Salam border crossing, which leads to the Aleppo region in northern Syria.

European countries and the US had wanted to maintain both crossing points.

"The drama and vetoes of the last week were a distraction as ultimately Russia was always going to force a settlement on roughly the terms we see today," he told AFP.

The outcome of Saturday’s vote is a notable failure for the United States, whose ambassador had called the maintenance of two border crossings a "red line."

But Russia and China argue that the authorization violates Syria’s sovereignty, and that aid can increasingly be channeled through Syrian authorities.

Western member states reject Russia’s arguments, saying there is no credible alternative to the cross-border system and that Syrian bureaucracy and politics prevent an effective flow of aid in areas not controlled by the Syrian regime.

Susannah Sirkin, of Physicians for Human Rights, called the UN system "the most viable channel to deliver aid to millions of Syrians in need."

"Without it, civilians who rely on lifesaving assistance will be at the mercy of the Syrian government," which could block aid deliveries to areas under opposition control, she said.

The closure of the Bab al-Salam crossing was also a setback for UN Secretary-General Antonio Guterres, who called in June for a one-year extension of the aid to include the two access points.

In January, Moscow succeeded in having the crossing points reduced from four to two and in limiting the authorization to six months instead of a year.

This week Russia and China exercised their veto rights as permanent members twice -- on Tuesday and Friday -- even as NGOs and Western countries accused them of politicizing a humanitarian issue.

Friday’s vetoes by Moscow and Beijing marked the 16th for Russia and 10th for China on texts linked to Syria since the war began in 2011.

Dominican Ambassador Jose Singer said, "We are disappointed that once again, the Security Council has been unable to collectively and constructively address one of the greatest humanitarian tragedies of our time."

But the German ambassador, Heiko Maas, said it was "good news for millions of Syrian men, women and children that the Security Council was ultimately able to agree on our compromise proposal."