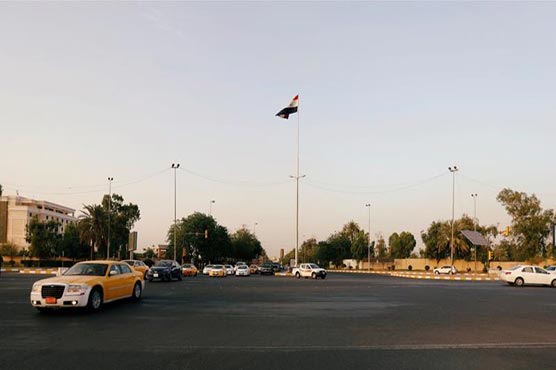 The attack was the first time American installations in Iraq have been targeted since late March, after around six months of rocket attacks that killed US, UK and Iraqi troops.

It also comes hours before Iraq’s parliament is set to vote on a long-awaited new government, five months after the current cabinet resigned.

Iraq’s security forces said in a statement that the rockets hit near the airport around dawn and that military units found the launching pad in an area of west of Baghdad.

"The target was the headquarters of the Counter-Terrorism Service, where American troops are based," a security source told AFP.

The high-security complex also hosts US diplomats moving in and out of the country.

Baghdad’s airport has been closed since mid-March as part of a nationwide lockdown to contain the coronavirus pandemic.

It has coincided with a relative lull in tensions between the US and Iran after a particularly tense few months.

It then began planning for a widespread bombing campaign against pro-Iran groups in Iraq that it blamed for the rocket attacks on its forces.

Iran, in turn, launched missiles at US troops stationed in west Iraq and has vowed to oust all American forces from the Middle East.

The tit-for-tat attacks brought the two countries to the brink of war in Iraq, but since late March there had been no rocket launches and little escalatory rhetoric.

The US-led coalition helping Iraq fight remnants of the Islamic State group has also pulled back from nearly a half-dozen bases and relocated hundreds of troops.

But analysts say the two sides are likely repositioning for a conflict that could flare up at any moment.