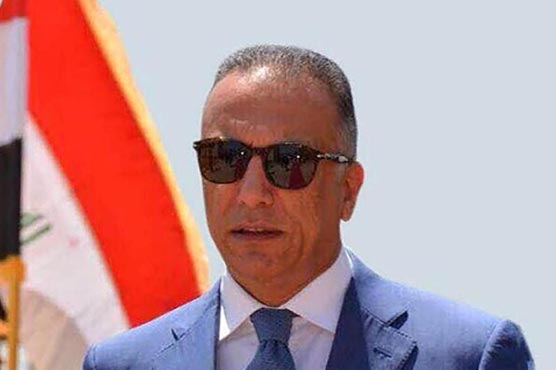 The nomination ceremony was attended by the country’s top political figures, indicating widespread support for Kadhemi, 53, that neither of the previous PM-designates had enjoyed.

That backing was the result of a flurry of political meetings over the past week aimed at reaching consensus over Kadhemi, the head of Iraq’s National Intelligence Service.

Among them were gatherings attended by Iranian General Ismail Qaani, who has headed Iran’s powerful Quds Force foreuign operations unit since a US drone strike in Baghdad killed his predecessor Qasem Soleimani in January.

Tehran holds vast political and military influence in Iraq, and its approval is seen as necessary for any prime ministerial candidate.

Indeed, pro-Iran factions had staunchly opposed the nomination of Zurfi to the premiership, which ultimately forced the lawmaker to withdraw his candidacy.

Before Zurfi, former minister Mohammad Allawi had also been unable to pull together a cabinet.

In the interim, Iraq’s caretaker Adel Abdel Mahdi -- who resigned in December following months of anti-government protests -- has continued to lead the cabinet.

Kadhemi, meanwhile, has long had close links with the United States but political sources say he has also improved ties with Tehran in recent months.

He now has 30 days to submit his cabinet lineup to the 329-member parliament for a vote of confidence.

Kadhemi has ascended to the role at a challenging time for Iraq, now facing a budget crisis brought on by the collapse in world oil prices and the spread of the novel coronavirus.