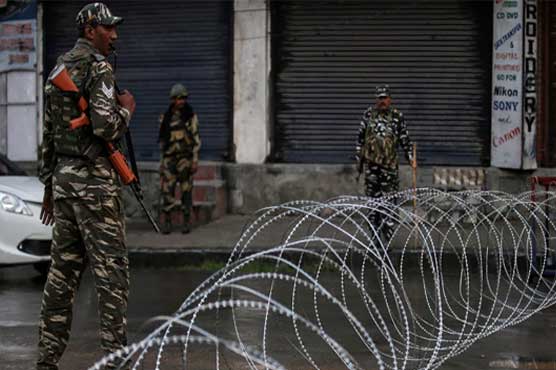 ISLAMABAD (Web Desk) – Malaysia has voiced concern over the recent developments in Occupied Kashmir particularly the escalation of tension in the region.

A press statement issued by Prime Minister’s Office in Putrajaya on Thursday said Malaysia would like to encourage all stakeholders to abide by the relevant UNSC resolutions on Occupied Kashmir towards the maintenance of international peace and security.

It said as a close partner to both Pakistan and India, Malaysia attaches high hopes that the two neighbours will exercise utmost restraint to prevent further escalation that could be detrimental to the peace, stability and prosperity in the region.

It further said that Malaysia always believes that dialogues and consultations are the best route to a peaceful and amicable solution to this long standing issue.

Meanwhile, Saudi Arabia has also expressed reservations over the latest developments in Occupied Jammu and Kashmir and has affirmed its stand that conflict should be settled through peaceful means in accordance with the relevant international resolutions.

Official source at the Saudi Arabia’s Foreign Ministry said that it is following the current situation in Jammu and Kashmir resulting from India’s abolition of Article 370 of the Constitution, which guarantees the autonomy of Jammu and Kashmir.

It also called on the parties concerned to maintain peace and stability in the region and take into account the interests of the people of the region.