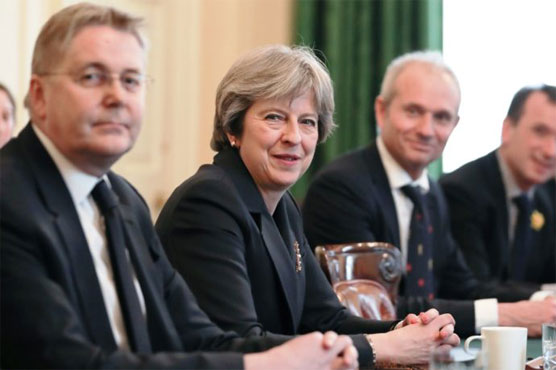 Britain's departure from EU may have to be delayed with many issues still to be resolved.

LONDON (AFP) - Britain s official departure from the European Union may have to be delayed with many key negotiating issues still to be resolved, Westminster s Brexit committee suggested Sunday.

In a new report on the progress of negotiations, the Exiting the European Union Committee said there had been "little progress made" on key issues, including how to maintain an open border between Northern Ireland and the Republic of Ireland.

Britain is set to leave the EU on March 29, 2019, almost three years after the referendum vote for Brexit, having triggered the two-year Article 50 withdrawal process in 2017, and negotiations on the future partnership are meant to be wrapped up by October.

"If substantial aspects of the future partnership remain to be agreed in October 2018, the government should seek a limited extension to the Article 50 time," added the committee, whose members predominately supported staying in the EU during the 2016 referendum.

Chair of the Committee Hilary Benn said that negotiations were now at "a critical stage... with just seven months left to reach agreement on a whole host of highly complex issues."

"The government must now come forward with credible, detailed proposals as to how it can operate a  frictionless border  between Northern Ireland and the Republic of Ireland," added the opposition Labour MP.

"We know of no international border, other than the internal borders of the EU, that operates without checks and physical infrastructure. This is deeply concerning."

Committee member and Brexit supporter Jacob Rees-Mogg dismissed the report, writing on Twitter that it "merely seeks to stop Brexit".

"Select committees reports are only influential if they are unanimous, dividing on  leave remain  lines simply refights the referendum," he added.

Foreign Secretary Boris Johnson, another Brexit campaigner, said "I don t think that s true at all" when asked about the report on BBC s Andrew Marr Show.

Other issues to be resolved in negotiations include the status of EU citizens arriving in Britain during a transition period -- when Britain will continue to follow EU law in return for access to the bloc s single market for a period of up to two years after officially leaving.

The committee warned that affording such citizens different rights from those arriving before Britain officially leaves may be "inconsistent" with EU law.