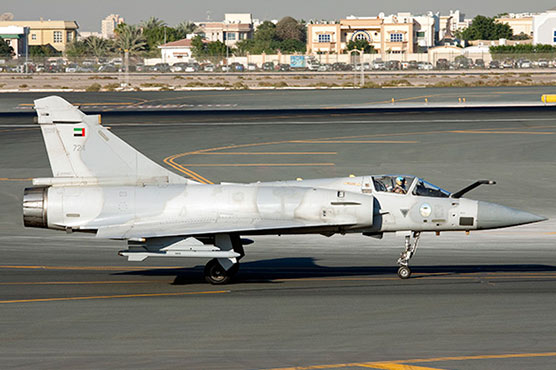 ABU DHABI (AFP) - The air force of the United Arab Emirates has been ordered "not to escalate" a civil aviation dispute with regional rival Qatar, a military official said Tuesday.

"From the beginning of the Qatari provocations, we were given instructions from our superiors not to escalate in this area as part of our commitment to the principle of regional security and peace, and also for the safety of these planes and those on board," Brigadier General Hilal Sayeed al-Qubaisi told a press conference in Abu Dhabi.

The UAE has accused Qatari fighter jets of "intercepting" two Emirati passenger planes en route to Bahrain a week ago and has since filed a complaint to the United Nations.

The rivals have clashed over alleged airspace violations in recent weeks, as a diplomatic crisis in the Gulf enters its eighth month.

Qatar, which denies the accusations, is banned from using the airspace of the four states under the boycott, although UAE airlines continue to operate flights through Qatari airspace.

For its part, Qatar has accused UAE fighter jets of violating its airspace both in December and this month, and it has filed formal complaints with the UN.