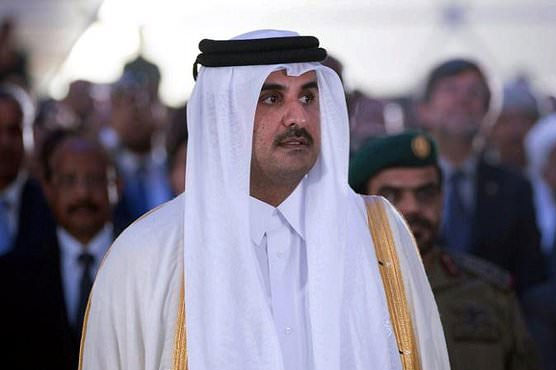 Saudi Arabia, the UAE, Bahrain and Egypt in June announced they had severed ties with Qatar.

DOHA (AFP) - Months into a dispute that has seen Doha cut off from Saudi Arabia and the UAE, Qatar’s emir said Tuesday his country was "a thousand times better off" without them.

In a speech to the Shura Council, the upper house of parliament, Emir Sheikh Tamim bin Hamad al-Thani said his government had nonetheless put in place contingency plans as he expected the bitter political dispute with his neighbours and former allies to drag on.

"We do not fear the boycott of these countries against us, we are a thousand times better off without them," the emir told members of the council and foreign dignitaries in Doha.

"But vigilance is required," he added.

Sheikh Tamim nonetheless said his government was working on "introducing a number of food security projects" and had "given special attention to water security" as it looked to a future without its former Arab allies.

Iran, Turkey and most recently Spain have stepped in to help Qatar secure food imports amid a boycott by four Arab states.

Saudi Arabia, the United Arab Emirates, Bahrain and Egypt in June announced they had severed ties with Qatar, sealing off the emirate’s only land border in the wide-ranging boycott.

Qatar denies the charges, claiming the dispute is an attack on its sovereignty.

Both parties in the crisis, the worst to grip the Gulf Cooperation Council in its 36-year history, have refused to back down despite mediation attempts by Kuwait and the United States.

Sheikh Tamim said his country also planned to hold elections for the Shura Council, whose 45 members are currently appointed by the king.

The world’s largest exporter of liquified natural gas, Qatar has claimed it can cope with the demands of the dispute, despite the boycott being put in place by former regional allies and major trading partners.

Moody’s has estimated that Qatar used $38.5 billion -- equivalent to 23 percent of its GDP -- to support the economy in the first two months of sanctions.

Qatar, which is scheduled to host the 2022 World Cup, insists that it is economically strong enough to survive the crisis.

Doha this month said it was investigating an alleged attempt to manipulate its currency the Qatari riyal early on in the crisis by an international company partly owned by United Arab Emirates investors.