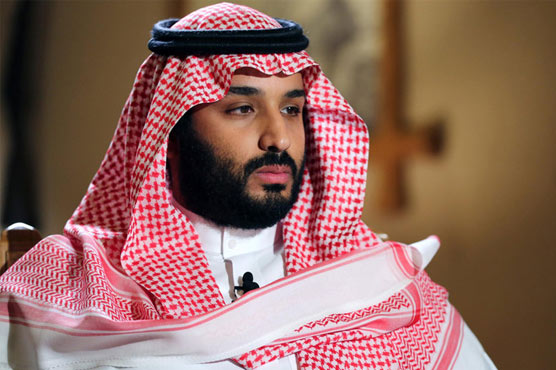 Prince Mohammed bin Salman says we want to go back to moderate Islam open to world, other religions

(Web Desk) – Saudi crown prince Mohammed bin Salman has on Tuesday said that Saudi Arabia didn’t want to waste another 30 years in fighting the extremist ideas but would destroy them today.

Talking to the launching ceremony of the ambitious ‘NEOM’ project, Mohammed bin Salman said that Saudi Arabia didn’t want to deal with the extremist mindset anymore.

“We want to go back to what we were, the moderate Islam that is open to the world, open to all the religions”.

He said that 70% of the Saudi people were less than 30 years of age and ‘quite frankly, we will not waste 30 years of our lives in dealing with extremist ideas. We will destroy them today’.

He was speaking at the opening ceremony of the NEOM project that ‘the next generation city and global center for innovation, trade and creativity in the kingdom’, reported Al Arabiya English.

NEOM is a mixture of NEO and M. Al Arabiya KSA reported that NEO stood for the Latin word ‘New’ while M meant ‘Mostaqbil’, the Arabic (and also Urdu) word for ‘future’.

BREAKING: Mohammed bin Salman: "We will not waste 30 years of our lives dealing with extremist ideas, we will destroy them today" #FII2017 pic.twitter.com/tVKBlZXTjB