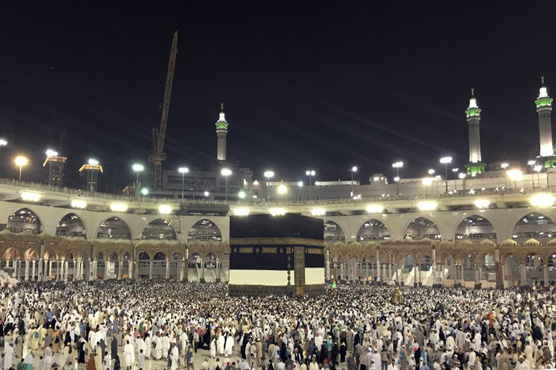 Muslims from around the globe have converged on the holy city of Mecca for the annual Hajj pilgrimage. Photo: AP

(AFP) - Two million Muslims from across the globe have converged on Mecca in Saudi Arabia for the hajj pilgrimage, a religious duty and for some pilgrims the journey of a lifetime.

The hajj is one of the five pillars of the Islamic faith, which every Muslim is required to complete at least once in a lifetime if he or she has the means to do so.

According to author Slimane Zeghidour , going on the hajj takes pilgrims to another level altogether.

“The pilgrim has to run, move, and perform several stages" of the ritual.

"Many pilgrims come from Asia or Africa, far from the Middle East, and they come to a place where they can try to forget their lives back home."

Muslim pilgrims circumambulate around the Kaaba, at the Grand Mosque, ahead of the annual Hajj pilgrimage in the Muslim holy city of Mecca. Photo: AP

Pilgrims perform the ritual walk back and forth between the two small hills of Safa and Marwah, at the Grand Mosque, ahead of annual Hajj. Photo: AP

A Muslim pilgrim prays in front of the Kaaba. Photo: AP

SBP to remain closed from 1st to 4th September