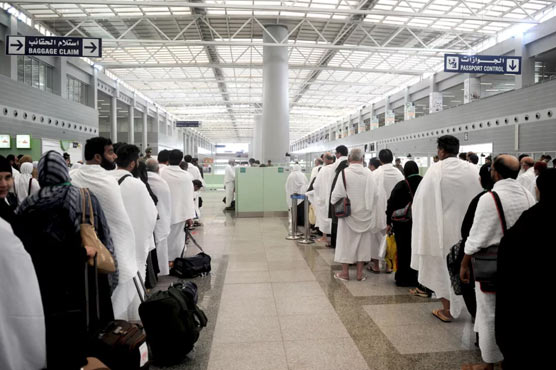 RIYADH (AFP) - More than 1.4 million Muslims have so far arrived in Saudi Arabia for the hajj, authorities said Thursday, with the annual pilgrimage marked by the return of Iranians after Tehran s boycott last year.

More than two million people are expected to participate in this year s hajj, a pillar of Islam that capable Muslims must perform at least once in their lives, which starts next week.

That includes more than 400 Qatari pilgrims, local media reported, despite an intensifying row between Doha and Riyadh over arrangements for the religious event.

All Qatari pilgrims arrived through the Salwa border crossing with Qatar.

The hajj has been clouded by the worst political crisis in the Gulf in decades, with Saudi Arabia leading a four-state bloc that suspended all ties with Doha on June 5 over accusations the emirate backed Islamist extremists.

Qatar has denied the charge and said this week it was worried pilgrims from the emirate would be treated badly.

The hajj ministry has said the kingdom, home to Islam s holiest sites, welcomes all pilgrims from different nationalities.

The ministry added it was equipped to handle the additional crowds after the completion of expansion works at the Grand Mosque in Mecca, the most revered site in Islam.

But Iran s 64,000 pilgrims stayed away for the first time in three decades after tensions between Riyadh and Tehran boiled over following a deadly stampede during the 2015 pilgrimage.

An agreement was reached earlier this year to allow Iranians to take part in the hajj.