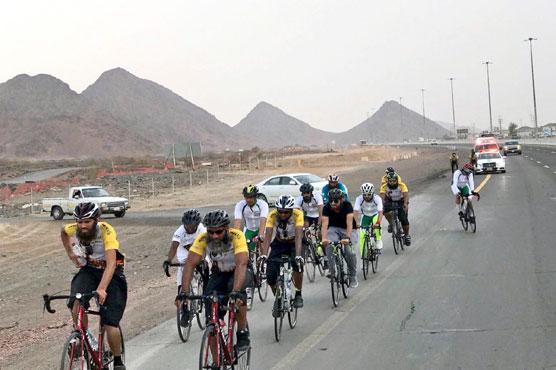 MADINA (Dunya News) - A group of eight British-Muslims cycled over 3,000 miles from the UK to reach Saudi Arabia for the annual Hajj holy season.

The group called ‘Hajj Riders’ reached their destination after six weeks as part of raising funds for medical facilities in Syria. 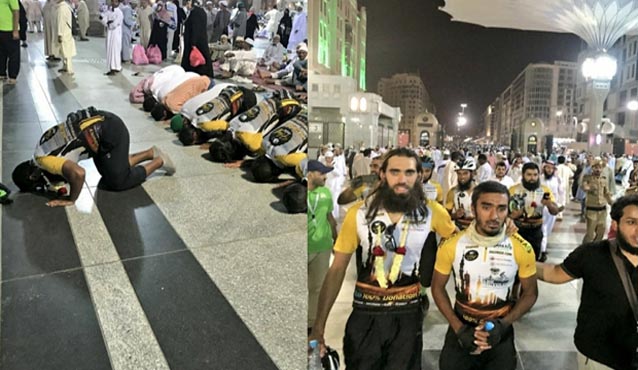 During their journey, they travelled through the UK, France, Germany, Switzerland, Liechtenstein, Italy, Greece and Egypt.

Moments before the Hajj riders arrived at Prophet Muhammed s Mosque after having cycled over 2,000 miles through 9 countries. #Madinah #Hajj pic.twitter.com/Pm5n9KU3Ds

The cyclists received a warm welcome in Madina by the locals who who played hand drums, sang traditional songs and showered them with flowers.

The men overwhelmed with the love they received, cried in joy and thanked the locals.

The journey was not easy for them as they met with various obstacles, including torrential rain and the dry desert heat in Saudi Arabia.