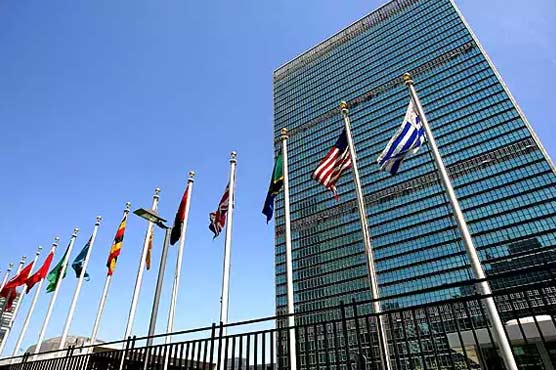 UNITED NATIONS (AFP) - The United Nations on Friday offered to step in to help resolve a deepening crisis in the Gulf after Qatar was confronted with a list of demands from its neighbors, including the closure of Al-Jazeera television.

UN Secretary-General Antonio Guterres earlier this week had been adamant that Kuwait was best placed to lead efforts to defuse the crisis.

Tensions escalated, however, after Bahrain, Egypt, Saudi Arabia and the United Arab Emirates presented a list of demands to Qatar overnight.

These included the closure of Al-Jazeera, a downgrading of diplomatic ties with Iran and the shutdown of a Turkish military base in the emirate, according to the list that was leaked.

"We hope that the countries involved resolve the situation through dialogue," said UN spokeswoman Eri Kaneko. "We are ready to assist if requested by the parties."

The list of demands has not been officially confirmed.

"We continue to follow the situation with deep concern. We are aware of reports of a list of demands on Qatar. We are not able to comment in detail on, or confirm such a list," added Kaneko.

Anwar Gargash, the UAE s state minister for foreign affairs, warned that Qatar should take the demands seriously or face "divorce" from its Gulf neighbors.

Qatar is a member of the Gulf Cooperation Council with Bahrain, Kuwait, Oman, Saudi Arabia and the UAE.

On June 5, Saudi Arabia and the UAE led a severing of all links with Qatar for allegedly supporting groups, including some backed by Iran.

Other allies, including Bahrain and Egypt, followed.