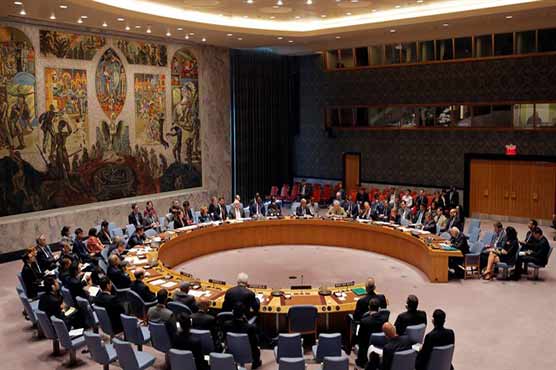 UNITED NATIONS, United States (AFP) - The United Nations on Monday called on North Korea to put a stop to its ballistic missile tests following the latest launch at the weekend.

"We call on the DPRK to stop further testing and allow space to explore the resumption of meaningful dialogue."

The Security Council will hold a closed-door emergency meeting on Tuesday at the request of the United States, Japan and South Korea to discuss the latest test.

After a previous test on May 14, the council met to discuss tightening sanctions but there was no concrete action.

"What is clear is that the DPRK is openly defying Security Council resolutions with its accelerated ballistic missile testing activities," said Dujarric.

The United States is negotiating with China, Pyongyang s ally, on a tougher raft of measures in a new UN resolution, but US Ambassador Nikki Haley said last week that no final draft text had been agreed.

During last week s closed-door meeting, China insisted that there be no mention of a resolution in remarks read by the council president at the end of the meeting, diplomats said.

North Korea has carried out two atomic tests and dozens of missile launches since the beginning of last year in its quest to develop a missile capable of delivering a nuclear warhead to the continental United States.

Under UN resolutions, North Korea is barred from developing nuclear and missile technology.

The latest missile tested was the Pukguksong-2, which uses solid fuel that allows for immediate firing, the state-run Korean Central News Agency said.

So far almost all the North s missiles have been liquid-fuelled, which have to be time-consumingly filled with propellant before launch.

Solid fuel missiles can be fired far more rapidly, dramatically shortening the time available for any attempt to intervene and prevent a launch.