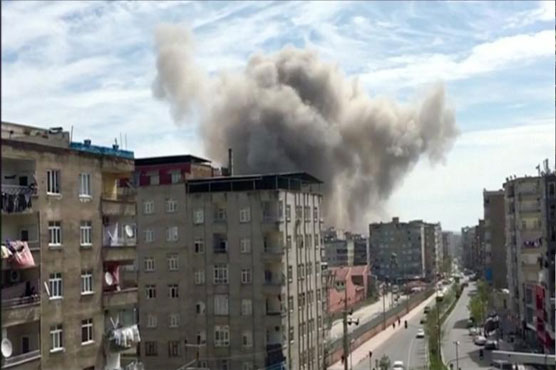 A police source said the explosion appeared to have taken place in a vehicle repair section.

DIYARBAKIR, Turkey (Reuters) - An explosion in a police compound in Turkey’s southeastern city of Diyarbakir killed one person and wounded several others on Tuesday, days ahead of a national referendum, but the interior minister appeared to rule out foul play.

The blast, which caused part of the police compound’s roof to collapse, occurred during the repair of an armored vehicle, the Diyarbakir governor’s office said. It said one person had died in hospital and the cause of the blast was unknown. 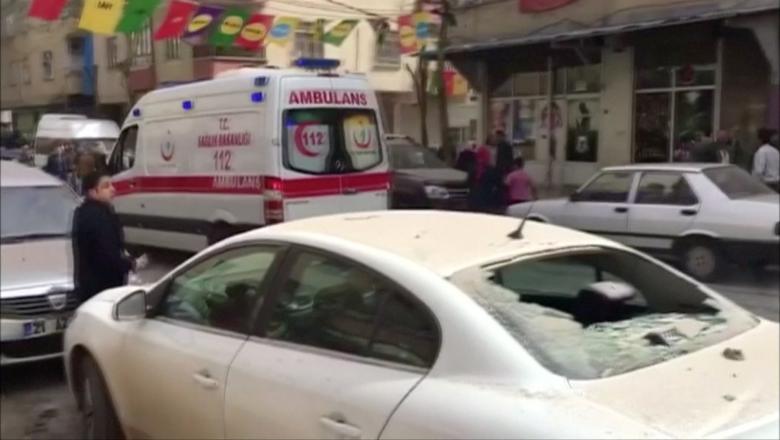 An ambulance is seen next to a car with a damaged rear window after an explosion in a police compound in Diyarbakir, Turkey April 11 ,2017 in this still frame taken from video. REUTERS/REUTERS TV

Diyarbakir is the largest city in Turkey’s southeast, where Kurdish PKK militants have fought an insurgency for more than three decades to press demands for Kurdish autonomy. Violence has flared since a ceasefire collapsed in July 2015.

But Interior Minister Suleyman Soylu said the explosion, which sent a large plume of smoke over surrounding buildings and left a crater in the ground, appeared to have been an accident. 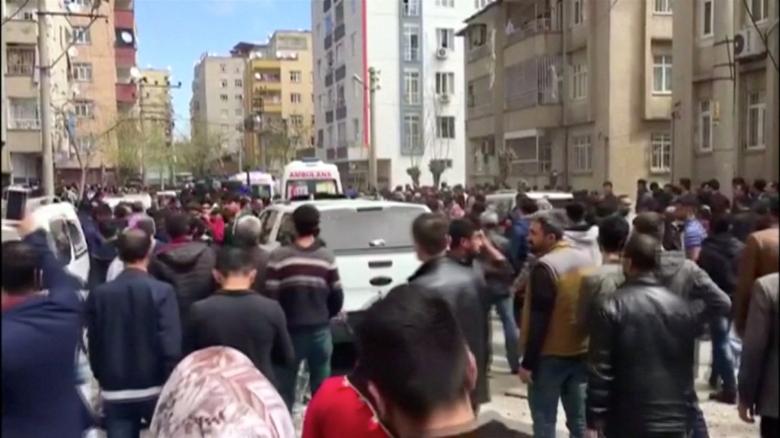 People run along a street as an ambulance is seen, after an explosion in a police compound in Diyarbakir, Turkey April 11 ,2017 in this still frame taken from video. REUTERS/REUTERS TV

"The blast was in a part of the building for riot police, where maintenance is carried out on vehicles," he was quoted by broadcaster CNN Turk as saying during a speech in Istanbul.

"At the moment, it seems there is no outside interference, and the explosion came from the vehicle under repair. One person is trapped under the wreckage," he said. 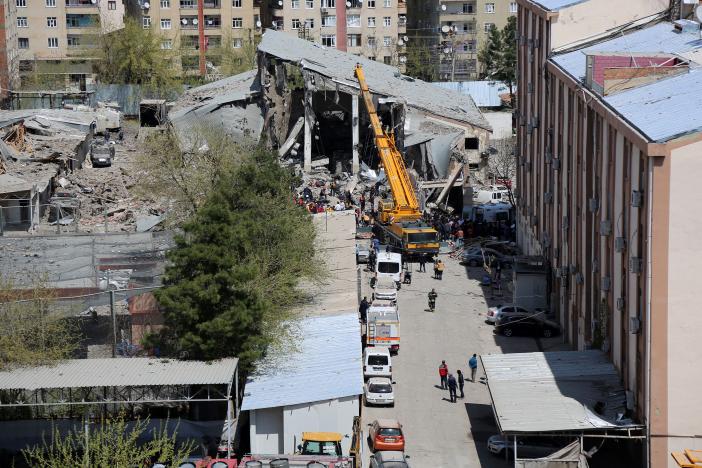 A damaged building is seen after an explosion at a police compound in the southeastern city of Diyarbakir, Turkey, April 11, 2017. REUTERS/Sertac Kayar

The explosion came ahead of a hotly contested referendum on Sunday on broadening President Tayyip Erdogan’s powers, a constitutional change opposed by many in Turkey’s predominantly Kurdish southeast.

The blast was in the central, largely residential district of Baglar, where a car bombing by suspected PKK militants wounded scores of people last November.