Conservative cleric to challenge Rouhani in May elections 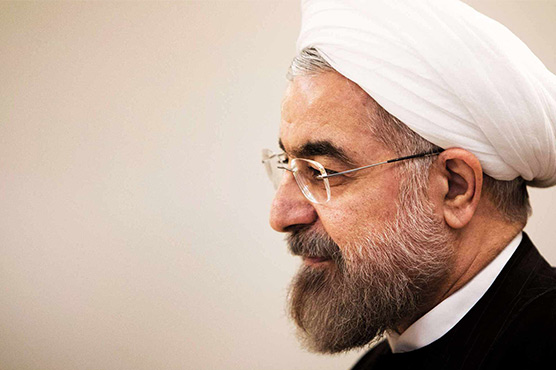 ANKARA (Reuters) - A bloc of conservative Iranian political parties has nominated a powerful cleric as their candidate to run in next month s presidential election to try to unseat the moderate Hassan Rouhani, Iran s state news agency IRNA said.

Seeking to regain the presidency by stopping Rouhani winning a second four-year term, Iran s powerful hardliners have been gearing up for a showdown in the May 19 vote.

Until next week s registration period for nominees is closed, it will not be confirmed that Ebrahim Raisi is the main conservative challenger.

But Raisi is an ally of Supreme Leader Ayatollah Ali Khamenei and analysts believe his nomination has been approved by Khamenei. If an anti-Western hardliner wins, analysts expect more restrictions on social and political freedoms in Iran.

Some prominent conservative leaders, including parliament speaker Ali Larijani, have thrown their support behind Rouhani, who is expected to seek re-election two years after he sealed a deal with world powers over curbing Iran s nuclear program in return for some international sanctions being lifted in 2016.

"If Rouhani s rival camp reaches a consensus over Raisi s nomination, he will be a strong rival for Rouhani," said analyst Hamid Farahvashian.

Raisi was appointed by Khamenei in 2016 as the custodian of Astan Qods Razavi, an organization in charge of Iran’s holiest shrine in the city of Mashhad.

“Ebrahim Raisi has accepted the calls to run for the election ... he will announce his plans soon,” IRNA quoted Solat Mortazavi, the mayor of Mashhad, as saying.

Rouhani won the presidency in 2013, with the backing of mainly of young people and women. He promised to bring Iran out of its international isolation and create a freer society.

But many ordinary Iranians have lost faith in him because he has not been able to improve the economy despite the lifting of sanctions in January last year under the nuclear deal.

Rights campaigners say there have been few, if any, moves to bring about greater political and cultural freedoms.

The five-day registration of hopefuls for the vote will start on Tuesday. A hardline watchdog body, the Guardian Council, vets candidates for elections.

IS gives threat to Iran with new video