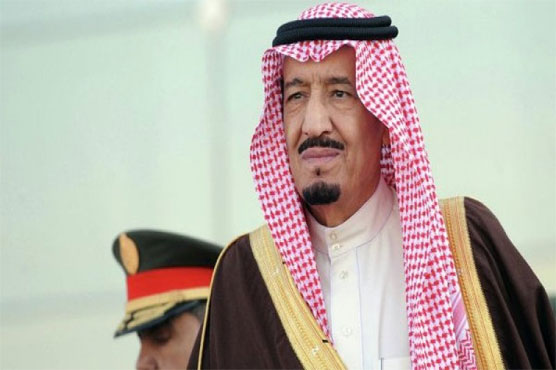 Among its concerns, Riyadh said Tehran had demanded the right to organise demonstrations.

MAKKAH, Saudi Arabia (AFP) - Saudi King Salman said Tuesday the kingdom rejects any attempt to play politics with the hajj, the annual pilgrimage which has added to tensions between Riyadh and Tehran.

For the first time in nearly three decades, Iran’s 64,000 pilgrims are not attending the hajj in Saudi Arabia after the two regional rivals failed to agree on security and logistics.

Among its concerns, Riyadh said Tehran had demanded the right to organise demonstrations.

"The kingdom categorically rejects that the hajj serves any political purpose," Salman, 80, said in a brief address to international VIPs attending the pilgrimage.

Tehran had accused Riyadh of "blocking the path leading to Allah."

Among the contentious issues was security after last year’s hajj stampede which, according to foreign officials, killed roughly 2,300 people.

Iran reported the largest number of victims, at 464.

His claims led to mutual accusations throughout last week.

Saudi Arabia’s Grand Mufti Abdulaziz al-Sheikh retaliated by telling a newspaper that Iranians "are not Muslims".

The six-nation Gulf Cooperation Council, of which Saudi Arabia is the most powerful member, accused Iran of "a desperate attempt to politicise" the hajj and said Khamenei’s remarks were offensive.

More than 1.8 million faithful from around the world have been attending the annual pilgrimage which officially ends on Thursday.

"Serving the guests of God is an honour for us," Salman told the VIP delegates.

"God almighty orders that hajj be performed by all Muslims without distinction."

Saudi Arabia had said Iranians were still welcome at the hajj if they came from another country. The hajj ministry’s spokesman said "a number" who held other passports were in attendance.

He was not more specific.

Sunni-dominated Saudi Arabia and Shiite Iran have no diplomatic relations and are at odds over a number of regional issues including the wars in Syria and Yemen.

Salman also called for Muslim unity in order to eliminate the "scourge" of extremism.