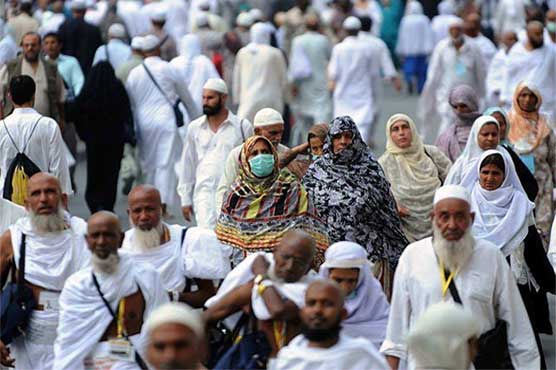 The pilgrims are moving in buses, by train or even on foot to Mina.

MAKKAH (AFP) - From Asia, Africa and points in between, nearly 1.5 million Muslims begin the annual hajj in western Saudi Arabia Saturday, undeterred by a stampede which last year killed around 2,300.

After preliminary rituals this week in Makkah at the Grand Mosque, Islam’s holiest site, the pilgrims will move on Saturday in buses, by train or even on foot in debilitating temperatures exceeding 40 C (100 F) to Mina, about five kilometres (three miles) east.

They are following in the footsteps of their Prophet Mohammed (PBUH) who performed the same rituals about 1,400 years ago.

The first day of hajj was traditionally the chance for pilgrims to water their animals and stock up on water.

Then they proceed to Mount Arafat, several kilometres away, for the peak of hajj on Sunday.

Mina becomes their base, where an expanse of white fireproof tents can accommodate 2.6 million pilgrims.

Last September 24, Mina was the scene of the worst disaster in hajj history, when the stampede occurred as pilgrims made their way to the Jamarat Bridge for a stoning ritual.

This year’s stoning will start on Monday.

Although Riyadh stuck with a stampede death toll of 769, data from foreign officials in more than 30 countries gave a tally almost three times higher -- at least 2,297.

"What happened last year is unacceptable. I saw dozens of bodies," said Oumar Kante, a Malian army colonel who survived the crush and says better organisation would have prevented the suffering.

Saudi Arabia announced an investigation but no results have ever been released.

Still, a number of safety measures have been taken.

Government facilities were moved out of Mina to free up space, the Saudi Gazette reported, while roads in the Jamarat area were expanded, the Arab News said.

Officials have been issuing pilgrims with bracelets that store their personal data, after some foreign officials expressed concern about difficulties in identifying the stampede dead.

AFP found pilgrims wearing the new bracelets which authorities aim to give to each of the more than 1.4 million faithful from abroad. 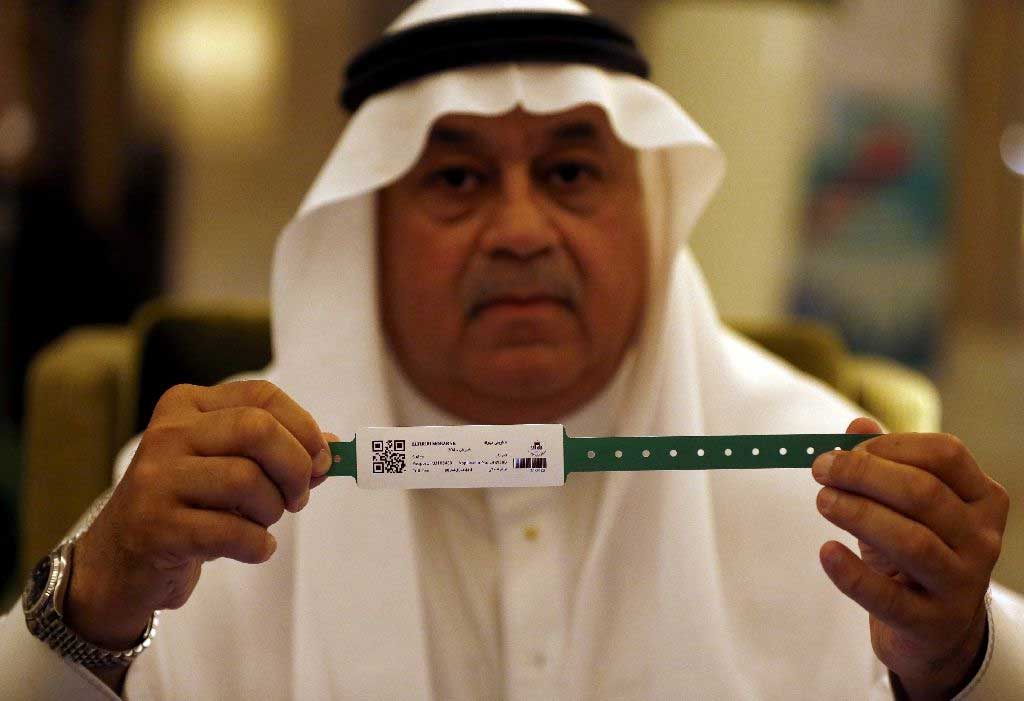 But there has been no figure for the number of bracelets distributed so far.

Libyan pilgrim Abdelati Abu Zayan, 44, expressed confidence in the Saudi organisation after attending the main weekly prayers at the Grand Mosque on Friday.

White-clad worshippers filled the sprawling mosque, its courtyard, and spread through the surrounding streets.

"It was an incredible feeling. Millions came to pray at the mosque and, thanks to God, all went well," Zayan told AFP.

Sitting on a sidewalk across from the Grand Mosque as crowds flowed past her on the way to prayer, smiling Nigerian pilgrim Hawa Chemsia, 27, said she had only heard talk of last year’s stampede "but that would not have prevented me from coming".

Despite the measures Saudi Arabia says it has taken to prevent overcrowding and improve safety, Iranian authorities continue to question the kingdom’s right to manage Islam’s holiest places.

The two countries do not have diplomatic relations and are at odds over a series of regional issues including the wars in Yemen and Syria.

Iran reported the largest number of stampede victims, at 464, and is not sending pilgrims for the first time in decades after the two sides failed to agree on security and logistics.

Thousands of people in Tehran on Friday protested their country’s absence from the pilgrimage.

From prayer beads to clocks, the retail rites of hajj